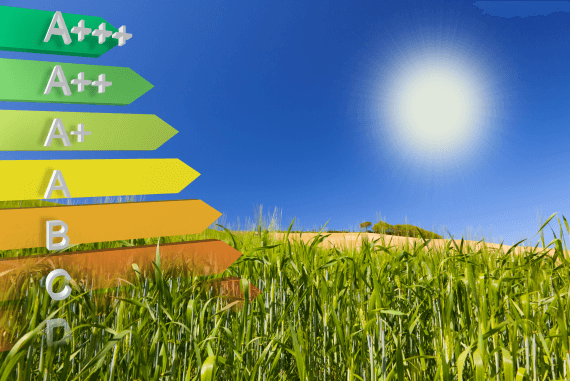 Whether it has been through improved education from environmental training courses like the NEBOSH Environmental Certificate, the introduction of environmental legislation and the threat of fines and punishments for non-compliance, the rise of social media which can have a dramatic and fast negative impact on global company sales, or indeed any other reason, there can be little doubt or argument that protecting the environment is given more consideration these days than at any other time in the past.

Households and businesses alike are engaging in activities such as recycling or improving energy efficiency, either through a greater feeling of moral responsibility or to take advantage of the cost savings which can come with re-using items or reducing energy usage.

The Need for a Long-Term Viewpoint

As far as environmental initiatives are concerned it is important that individuals, businesses and governments have a long-term approach to their thinking and planning. This is because the initial costs of energy saving measures are often high, but after a certain amount of time will have paid for themselves and then some.

A major barrier to the uptake of an environmental scheme or initiative is through short-term thinking, where a decision maker cannot see past the high initial cost. In their defence though, the cost of sanctioning an energy-saving or environmentally-friendly process can be so high that even though they can appreciate the long-term benefits that it may bring, they are simply not able to raise the funds necessary to put it into place, however much they may want to.

Whilst governments may struggle to find the money needed to finance a multi-billion dollar project, they can and do offer financial incentives and assistance schemes to help homes and businesses with the cost of introducing energy saving measures, such as cavity wall insulation or energy-efficient boilers for example.

Another issue apart from cost is that facilities and equipment intended to reduce pollution, use less energy and generally be more beneficial for the environment can actually require huge quantities of raw materials. They can also require/lead to - directly or indirectly – the production of large amounts of pollution to build and set them up.

This can seem counterproductive and can also be a short-termist barrier to the introduction of new schemes and projects. For example, local councils which provide every household with a wheelie bin for recycling plastic will actually lead to huge amounts of plastic being used up in the manufacturing of the bins themselves! Although in the short term this will seem to go against logic, during the lifespan of the wheelie bins they will take in far more plastic than will be used for their construction.

Why Environmental Breaches Can Be Expensive

Any environmental breach or act of negligence can result in a costly and expensive headache for those responsible, as most developed countries have strict rules and regulations in place to protect the environment and safeguard the health and safety of all living beings which may be at risk from harm.

In conjunction with this legislation, there usually exists substantial punitive measures to punish wrongdoers and act as a deterrent to prevent others from damaging the environment through a form of pollution or other means.

The size of the financial punishment will vary greatly depending upon the laws of the land where the incident took place, the severity of the offence and the damage caused to the environment and loss of income for businesses, especially those in the tourism and leisure industry for example.

Whatever the location, it is highly likely that the fine will still cause a substantial impact upon the profitability of the company in question, possibly even putting it at risk of closure if it cannot afford to pay its bills as a result, which obviously makes avoiding any fine highly desirable.

Costs as Well as Fines

Not only can fines be levied, but polluters and contaminators can also be liable for paying the costs of cleaning up the environmental mess caused by themselves. This amount of money can be extremely high, as it is likely that specialised equipment and highly trained personnel will need to be brought in to return the area to a condition where it no longer poses a hazard to the health and safety of people, plant life or animals.

The combination of expensive clean-up costs, coupled with a significant fine as a punishment, makes it imperative to take all necessary steps and precautions to reduce the potential for such incidents to occur to as low as is reasonably practical.

In order to avoid breaching environmental regulations, a number of things need to happen. If the breach was as a result of a deliberate action, i.e. the company knew the regulations but still went ahead and deliberately took an action which damaged the surrounding environment in some way, then the whole attitude and working culture needs to change, starting with the managers and directors of the business. Hopefully a substantial fine and costs will achieve this. In such a circumstance, there is even a possibility in some countries for managers to face the prospect of prison if the offence was particularly serious and damaging.

More likely though is that the breach came about accidentally, not as a result of deliberate management instructions, but because of a lack of thorough knowledge about how certain actions can cause environmental accidents, an ignorance regarding the hazard level associated with the particular substances used, or inadequate control measures in place to prevent such accidental incidents from happening.

This is where environmental training and qualifications like the NEBOSH Environmental Certificate - along with specialist training on the correct operation of control measures - will be crucial. The taught knowledge for workers and operatives is required for minimising the chances of an environmental incident taking place.

Only by being provided with clear instructions and comprehensive training will employees understand and appreciate how their actions (or lack of action) can lead to potential disaster. Once they know this, they will be in a far better position to prevent an occurrence from taking place which causes damage to the surrounding environment.

Analysing Environmental Processes for Products From Beginning to End

An often overlooked function that can be performed by a company seeking to improve upon its environmental impact is to analyse processes and procedures for a product right through the various stages of its production cycle, from the raw materials used through its disposal and potential to be reused or recycled.

This has many advantages, most notably getting the company to think about each stage in detail with regards to how it does, or could potentially, affect the environment in a negative way. By focusing on the individual areas rather than merely trying to think about the product as a whole, it allows for a much greater chance of changes and amendments being made and introduced in order to reduce adverse consequences for the environment and the planet.

Analysing various stages of a product's manufacture, usage and disposal also allows a manufacturer to compare two or more potential products before production commences. By doing so, they can identify potential problem areas which may be present for one/some but not on others, and is likely to influence their decision regarding which new product to launch. By putting in the research now, the company can save themselves a great deal of financial, legal and reputational damage in the future if there were to be an accident or negative impact which causes environmental damage at a later date.

These potential issues which can have an environmental impact can be many and varied and include possible COSHH risks during the manufacturing process, taking a long time to degrade when disposed of, one product requiring a significant amount of factory space compared to another which can mean the subsequent destruction of animal habitat for a new building, toxic emissions from the transportation of raw materials or semi-finished products between processing stages, and many more.