Impact of Development on the Environment, Health and Safety 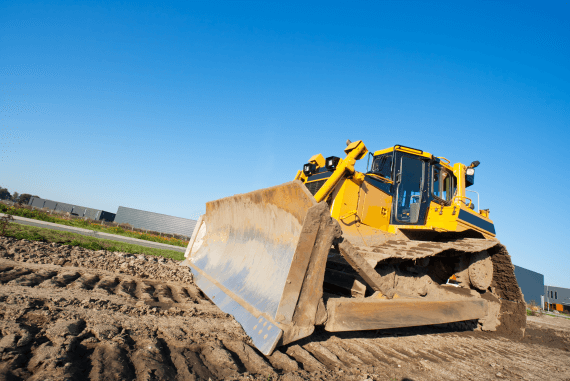 As the human population grows there is an ever-greater need for more and more resources such as space and building materials. As a result of this development there will be an increasing impact upon the environment in terms of the destruction of animal habitats and the deforestation of jungles, rainforests and wooded areas.

It has long been known that this current situation is not sustainable in the not-so-long-run. Not only will the lack of space become an ever-growing problem, but already the cutting down of trees coupled with the exponential increase of toxic emissions from factories, vehicles and power stations has been identified as the culprit for damage to the earth's protective ozone layer and climate change through increased global warming.

Damage and destruction to the environment do not just affect the wellbeing of trees, plants and animals though. The health and safety of people is at risk from the effects of environmental influences. More severe weather brought about by changes to the planet's climate puts lives at risk as the extreme hot or cold temperatures, or the increasing violence of storms and hurricanes results in a greater danger.

To combat this unsustainable expansion, a number of steps need to be taken. First, the invention and widespread adoption of new "greener" technologies which are either less pollutant or do no damage to the environment will reduce harmful emissions into the air, which will not only limit possible climate change but also improve the health of those with respiratory conditions such as bronchitis or asthma. Increasing the levels of recycling will place less of a strain on the planet's limited supply of natural resources which need to be consumed to manufacture a brand new product. Perhaps the biggest benefit for the planet in terms of reducing numbers will be with the development of technology to colonize other planets, which will greatly free up room if many people "moved out" from Earth. However, technology is still someway off that dream, and so until then businesses and individuals have to do their best to avoid damaging the planet beyond repair.

Demolition and Environmental Health and Safety

Whenever a building or structure is demolished, a number of environmental factors need to be taken into consideration, as the process could create a situation where the local environment is damaged as a direct or indirect result. As well as having a duty of care towards the health and safety of people (Related article: Manual Handling During Demolition), both workers and nearby members of the public, those responsible for demolishing the building also have environmental responsibilities.

The burning of material is not permitted without the prior consent of the local authorities. If the material is mainly wood, it may be tempting to avoid having to clear the waste by burning it, or, if the building itself is a big wooden barn or the like, to burn it down as the form of demolition. However, not only would this release a lot of smoke into the air, there may also be other substances present which could give off toxic fumes. For example, there may have been half-empty paint cans in the barn, or the wood may have been treated with a chemical preservative. Fires may also get out of control and damage the surrounding trees and plant life, particularly in the summer when the ground is dry, destroying animal habitats at the same time.

In fact, the risk of fire manifests itself in a variety of ways. The demolition process could damage gas pipes or underground cables when the structure falls and impacts the ground, or machinery is used to penetrate the ground to work on the foundations. This damage may cause a gas leak which could cause an explosion if it is ignited from a spark from welding or cutting machinery, or a lighted cigarette. Also, arsonists may deliberately start a fire if the site is unattended or poorly guarded when work is not taking place (usually at night). Hazardous substances located on site may be burnt and released, and, depending on the particular substances in question, can potentially be extremely damaging to the environment.

Even without the presence of fire, hazardous chemicals can also damage the environment if they are not stored correctly or disposed of inappropriately. The substance can seep into the ground, killing plant life as well as getting into the nearby watercourses. If these chemicals do get into rivers, streams and the like, not only will it cause damage for fish and animals, it may also lead to ill-health for humans (most likely children) who go swimming in the polluted water.

Noise from the site may disturb local wildlife (not to mention residents!) and should be kept to a minimum. Even though it is often not the first thing that comes into mind, noise actually plays quite a key part of the overall health and safety considerations as it can be damaging to a worker's ears as well as a nuisance to local residents and wildlife. This combination of a health risk and a nuisance means a noise assessment needs to be carried out before work commences, along with providing necessary protective equipment such as ear defenders if noisy work is unavoidable.

An environmental health and safety course such as the NEBOSH Environmental Certificate can help you to become much more environmentally-aware of how your activities may impact upon the environment, and teach you how to perform suitable risk assessments and implement controls to prevent incidents from occurring which harm the environment.

Environmental issues such as pollution and global warming will be associated primarily with regards to the impact that they have upon the health and wellbeing of human, animal and plant life. However it should not also be forgotten or ignored that environmental disasters, contamination or climate change can also have an effect upon recreational activities. Whilst it may not be as severe or as important in many people's eyes when compared with death and ill-health of living creatures, it can still cause hardship and ruin to local businesses which rely on the income generated from these activities, some examples of which are detailed below.

Global warming which raises average temperatures is likely to result in less snowfall, and even when it does snow it will melt and disappear more quickly. This is a major problem for ski and snowboard resorts which rely on the snow in order to operate. Without the snow they will either have to close, or try and supplement any snow that is on the ground by using expensive artificial snow making equipment. Either way there is a significant negative impact upon them in terms of their financial bottom line.

A disaster such as a spill from an oil tanker in the ocean or leak from an underwater well can wash up oil on large stretches of beach and coastline. Aside from the devastation it has on the bird and animal life in the vicinity, it will also stop tourism to the area and prevent the public from enjoying the beach or entering the sea to swim or surf.

Just as the sea can be polluted and prevent recreation, so too can other waterways such as rivers and streams. Instead of oil this is more likely to be from other substances such as hazardous chemicals and sewage which kill the fish in the water. Whilst the death of fish is obviously the more serious concern, it also means that recreational fishermen and anglers are not able to fish in the waters, along with running the risk of themselves becoming ill if they were to get some of the contaminated water inside their bodies.