Protecting the Public from Environmental Hazards 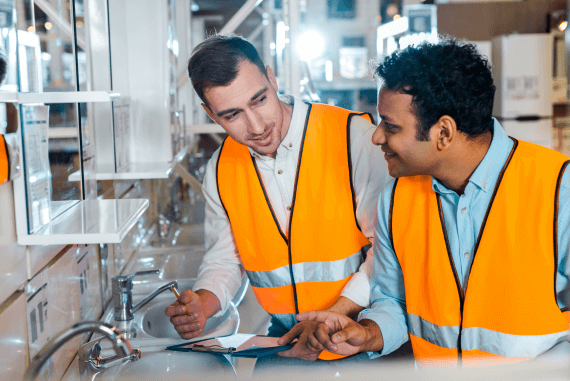 When it comes to health and safety, many organisations are so concerned with the safety and welfare of their own workers, that they forget they also have a responsibility to ensure that they do not - directly or indirectly - injure or cause illness to members of the public. Not only this, but businesses also have a responsibility for making sure that their activities do not cause harm or damage to the surrounding environment.

Numerous environmental hazards can be inadvertently created as a result of business operations, particularly from workplaces such as construction sites. This can be in the form of excessive dust, noise, pollution of local watercourses, destruction of surrounding land area etc. All of these issues can create danger for the public, who may be injured or suffer illnesses as a result. For example, large amounts of dust or other contaminants being released into the air can cause nearby residents to suffer temporary respiratory problems, which may be particularly dangerous for small children or the elderly. Similarly, discharge released into nearby watercourses can cause illness to those who swim or take part in activities like canoeing or windsurfing on the water who accidentally swallow some of the contaminated water.

Environmental health legislation is now in place in virtually every country in the world, which places restrictions and legal responsibilities on organisations with regards to how they can impact the environment; particularly how this impact will affect the health of people (although plant and animal life is also considered important too).

It is vitally important that everybody working at the company has a thorough understanding of how their actions have the potential to cause harm to the local environment. As a consequence, providing environmental training to employees, to make them aware of the risks, is essential and necessary.

Pollution Can Be Minor Too

When many people think of environmental pollution, they think of giant oil spills in the ocean or sprawling factories pumping out copious amounts of toxic gases into the atmosphere. Whilst this is obviously a major example of damage to the environment, it does not mean that small polluters can carry on without considering the local environment and how they impact upon it. Whilst they may not be a big polluter in comparison to the examples above, the sum of the many small producers is likely to have much more of an impact on the planet as a single large polluter. For this reason, all businesses, both minor polluters and major ones, need to actively find ways to reduce their emissions and other ways in which they negatively impact the environment.

The protection of the environment is the responsibility of all, including both big businesses and small. Through increased awareness from environmental health and safety courses, all businesses can do more to manage their impact upon the environment.

Human Environmental Impacts Are Not All Bad

With so much pollution, factory emissions and disasters such as oil spills making the news it is easy to forget that there are many human environmental impacts which are in fact positive for the environment. Rather than destroying and being harmful for the environment as so many actions are, the deeds of many provide a beneficial and valuable function for the conservation and preservation of life forms and their habitats.

As an example, work to preserve, dredge and repair canals and other watercourses not only provides leisure and recreational facilities for people, but also improves conditions for aquatic creatures which live in the waterways. Clean water is far more beneficial for their health than water which is filled with rubbish and materials which not only take up space but some of which will contaminate the water and make it poisonous for the creatures living in it.

Whilst some human activity such as destruction of habitat or hunting has pushed certain species towards the brink of extinction, there are also people who actively work to preserve and protect these animals to increase their numbers. Without their actions, these animals may be lost to the world forever.

So whilst the actions of humans have and continue to have a severe negative impact upon the environment, it should not be forgotten that there are also people who play a vital role in preservation and in dealing with the aftermath of the environmental issues caused by others.

For more information regarding environmental health and safety please click here to view a selection of environmental articles and training courses that are available.