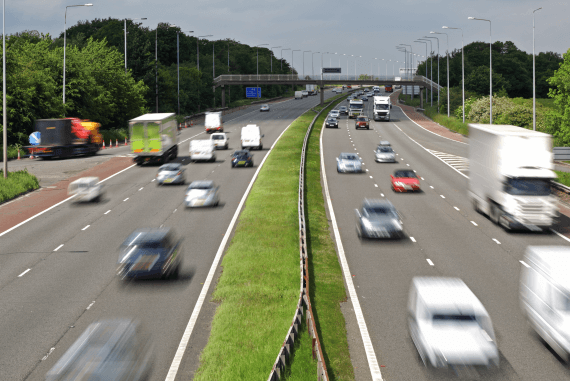 As populations grow and the cost of purchasing vehicles falls, the end result is an increase in the number of vehicles that are on the road. Add to this a population with increasing disposable income and the increased purchasing of goods requiring delivery, and roads in many countries are reaching their limits with regards to the capacity for vehicles on them. Not only are there congestion issues with so many vehicles wanting to use the roads, but those ones powered by traditional combustion engines will produce toxic exhaust gases which are damaging to the health of both people and the environment alike.

As far as people are concerned, fumes from harmful gases such as carbon monoxide given out of a vehicle exhaust pipe can cause health issues such as headaches and sickness when breathed in, and can even cause death if the area is not well ventilated. Because the gas is odourless, it is very difficult to detect without a carbon monoxide alarm before symptoms begin to appear.

The harmful effects on the environment also impact the health of people too along with that of other living creatures. Combustion engine exhausts emit gases such as carbon dioxide which are greenhouse gases and so contribute towards global warming. The combustion process also means solid particulates like soot are released which can coat plant leaves and diminish, or prevent entirely, photosynthesis which is essential for the plant to survive. Some particulates can be deposited on the soil and washed into streams and rivers where they pollute the water, not only impacting the health of fish and other aquatic creatures living in the water, but also getting into the bodies of creatures drinking that water which can impact their immune systems and cause other health problems for them. For much more detailed information about how car pollution can affect the health of people and the environment visit this informative page.

So as well as environmental welfare, it is both directly and indirectly in the interests of people to reduce the number of vehicles on the roads in order to lessen the amount of toxic, harmful emissions that are produced by combustion engines.

There are a number of ways of achieving this, including:

Car sharing. People going to the same place such as those who all work in the same building and live near each other or on the route can share a car rather than all of them travelling in separate cars. This will reduce the number of vehicles on the road, and will save an extraordinary amount of harmful emissions if this was done on a national and global scale. Not only does it benefit the environment, it also saves money on petrol costs too!

Using public transport. Vehicles such as buses and trains will still emit the same level of hazardous exhaust fumes whether they contain one passenger or fifty. Therefore, more people using public transport instead of their own individual cars will lower the overall total emissions produced.

Using home delivery for groceries and shopping. Although there will still be a lorry or truck involved to deliver the items, it can deliver many customer's orders, which eliminates the need for them to drive their individual vehicles to the store. The amount of pollution produced by this one larger vehicle is likely to be much less than that produced by lots of smaller ones, which results in less overall pollution and damage to the environment.

Cycle for the Environment & Health and Wellbeing!

Cycling can have tremendous benefits not only for the preservation of the environment, but also for the health and wellbeing of the individual cyclist. This makes it a fantastic mode of transport which has multiple benefits.

Benefit For The Environment

Cycling is one of the few forms of transportation which requires no fuel source, other than human muscle power of course! It therefore does not produce environmentally-harmful emissions from the burning of fuel as occurs in combustion engines, which power the vast majority of transportation vehicles, or require power which has been created through burning fuel elsewhere as is often the case with electric cars (unless this electricity has been generated through renewable methods such as wind or solar power).

A cyclist who travels to their destination by bicycle will therefore not be using another form of transport such as a car which would most likely be giving off toxic emissions that not only cause damage to the environment but also have health and safety implications for people in the vicinity who breathe in these harmful fumes such as carbon monoxide from exhaust pipes.

Benefit For The Individual

Cycling is a great way to get fit, lose weight and maintain overall health and fitness levels. Not only does it provide useful exercise, but it is also easier on joints such as the knees than activities like jogging are which entail repeated heavy impacts upon the ground. Regular cycling to destinations rather than transport options such as cars or buses which require no movement can have significant benefits for an individual's health.

Whilst on the topic of health and safety, it is important to mention that cyclists must always wear a helmet to prevent a head injury. Bicycles are easy to fall off and have no protection from any structure such as those provided by a car, which makes protective clothing and equipment such as a helmet essential for the rider. If a person's head were to hit the hard ground or pavement without wearing a helmet, then serious head injuries or death are likely occurrences.

Using a pedal bike to get about rather than a polluting vehicle has a double benefit, not just for the environment but also for the health of the individual. This win-win situation means that as many people as possible should be encouraged to cycle to their destination rather than relying upon other transportation methods to get there. Consequently, governments and local councils are introducing schemes and measures such as the creation of cycle lanes to promote and encourage more people to cycle.