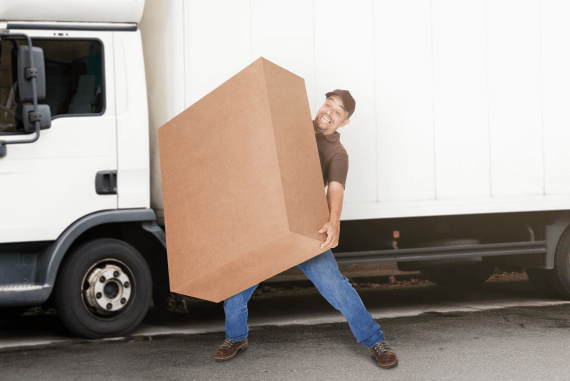 Along with other considerations such as the particular working environment (a demolition site will have different characteristics than a hospital for instance) and the capabilities of the individual concerned, one of the most important factors when it comes to manual handling is the actual load itself that is being manipulated. There are a number of issues to take into consideration when performing a manual handling risk assessment, many of which can be easily addressed to reduce the chances of a worker suffering a manual handling-related injury.

For example, the contents of the load may be made up of many different items which could be separated into smaller, and therefore lighter, loads. Although this will involve more actual moves, these lighter loads will place much less stress on the body than trying to move them all in one heavy go. It may be possible to separate the different loads by varying weights so that different levels of precaution and appropriate manual handling aids can be utilised according to the need. Even simple changes such as adding handles to improve grip can be the difference between an injury to a person, not to mention a broken item if it falls!

The contents of a heavy load should also be secured to prevent movement in the container. An unexpected shift in weight will usually make a person automatically shift to compensate in order to prevent dropping or losing control of the object. This could lead to hyperextension and cause injuries such as muscle tears and dislocations.

In order to prevent injury to workers, loads should not have sharps risks such as sticking out nails or staples which can easily cut the skin. Rough surfaces too can cause injury, particularly over the long term as the abrasiveness damages the skin and can increase the chances of infection.

Whilst manual handling injuries may be one of the most common reasons for staff to have to take time off work, they are also among the most preventable through proper safety training, common sense and thinking before attempting to move a heavy or awkward load.

Even with a good knowledge of the correct lifting techniques, a load which is too heavy, awkward to grip securely or is unstable are just some such occurrences that can result in a manual handling injury to a worker.

For some workers, the load they are required will be consistently the same, such as a factory worker who is required to move a standardised box of finished products from one area to another. In this instance there will be no variation to the load and provided that the worker could cope with doing it the first time, there is a low risk of the weight causing them to overexert themselves.

Where there is more danger is when workers are moving and manipulating loads which can vary significantly in weight. This variation means there is a higher chance of them trying to move too much or being taken by surprise, which can quickly cause a manual handling injury that forces them to take time off work. The variation can come about from a variety of reasons, such as wet weather which makes timber or other material significantly heavier or workers needing to carry loose material such as sand or gravel where they are responsible for putting it into a method of transportation and may therefore be moving different weights of loads each time. If they try to move too heavy a load, a manual handling injury can occur.

In order to try and minimise this potential for an accident, providing suitable manual handling training will warn employees not only of the dangers of over-exertion through trying to carry/move too much at once, it can also make them aware of how external conditions such as the weather can play a part in altering a situation and increasing the risk, for as well as making an item heavier rainwater or the presence of ice can also make it slippery which means it is harder to grip.

Resist the Temptation to Move Too Much at Once!

Along with a lack of manual handling training and subsequently a lack of awareness about the risks involved through the incorrect handling of loads, one of the most common reasons for a worker suffering a manual handling related injury is by trying to lift or move a load which is too heavy for their capabilities. This can either be a single load which is too heavy, or trying to handle more than one at a time which whilst they would be acceptable on their own, a combination of one or more means that the weight or bulk exceeds the physical capabilities of the person.

Most of the time this happens because the worker tries to save time by trying to move everything all in one go rather than having to make separate trips, which would be the more sensible option. Manual handling training as part of their health and safety training programme - particularly if it is manual handling training that is tailored to their specific working practices - should reinforce the message that trying to move too much in a single trip is almost certain to result in an injury such as a muscle pull or tendon/ligament damage. Whilst it may take more time to make two or more trips instead of trying to move everything all at once, this extra time and effort will be nothing when compared with a lengthy - not to mention painful - recovery period that is needed to get over a manual handling injury.

Employers should also be aware of the time pressures they are placing upon their workers. Whilst there may be deadlines and orders to fill, health and safety should not be sacrificed under any circumstances whether it relates to manual handling or any other risk to safety, health and wellbeing. Management need to ensure that workers do not over-exert themselves in order to try and save time, as well as considering the provision of mechanical lifting aids and equipment for workers to use. It is the responsibility of both managers and employees, however, to play their part and contribute towards a safe workplace, including manual handling considerations.

Small, light loads can also cause injury if the body is in an awkward position. The most common occurrence of this happens when a person is, to put it bluntly, too lazy to stand up and tries to stretch and move something whilst still sat down rather than get up. If you need to stand up, make sure you do it, as it might just save you months of painful recovery!


Manual Handling is Not Just About Objects 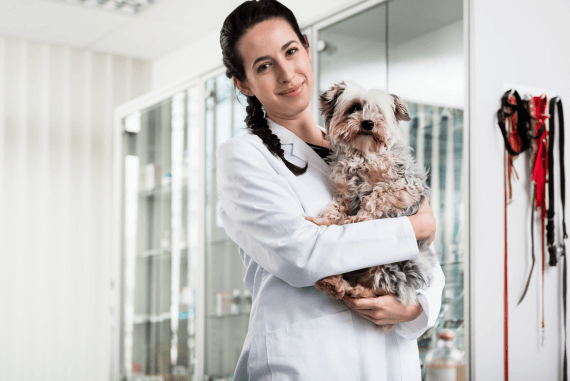 When people hear the term manual handling, the majority are likely to think of factory workers or those on a production line who have to move boxes of items around the shop floor. Whilst this is most certainly one group of employees who frequently encounter and suffer manual handling related injuries, they are not the only people at risk whilst at work. Virtually every place of work will have items which need to be manipulated and, subsequently, a very real manual handling risk.

So whilst a factory or warehouse may be the most obvious examples, there are also places of work that contain a danger to employee's health and safety with regards to manual handling risks that people may not initially think of. In fact, manual handling and its associated risks do not just cover inanimate objects, but does in fact also include people and animals.

Any load which has the potential to cause injury as a result of it being moved is a manual handling risk. Whilst inanimate objects are the loads which will be encountered by most workers in their job roles, there will be other workers who do indeed have to move people and animals as part of their workplace duties.

Handling and Lifting People and Animals

For example care home workers or hospital staff will probably have to lift or move patients on a regular basis. Many people will be heavy and weigh many stone, and a staff member can easily suffer an injury such as a slipped disc or muscle pull whilst they manipulate the person into position. Not only will they require manual handling training in order to be more aware of the hazards, but many hospitals and care homes are likely to have advanced mechanical lifting aids which will require operators to be trained in their use.

As for animals, vets or farm workers will often have to pick up or manoeuvre animals. Some animals such as cows or horses can weigh more than a person, but even smaller animals such as sheep or dogs will still have a significant weight to them which can easily bring about a manual handling injury.

Health and Safety Rules Apply to These Workplaces Too

Whilst they may not be the first examples that spring to mind when thinking of workplaces, they are indeed still a place of work, and are still subject to health and safety requirements with regards to the health and safety of workers, including the need for manual handling risk assessments. The results of these risk assessments may identify the need for additional manual handling training, or the requirement for mechanical aids such as lifting equipment to be installed and utilised.

Being aware of the risks, using correct techniques and not over-exerting themselves when moving things will all enable employees to lessen their chances of suffering an injury. 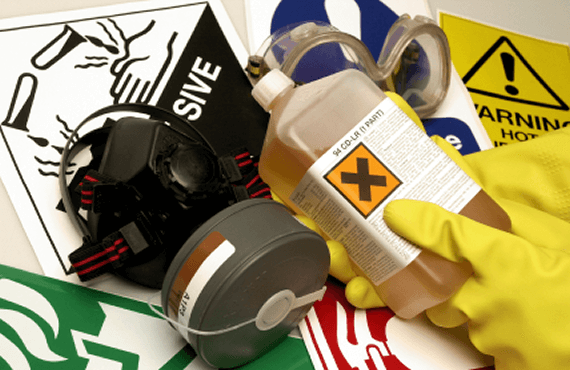 At the conclusion of the course, delegates will have a sound understanding of their personal and legal responsibilities for the control of chemical and hazardous substances. 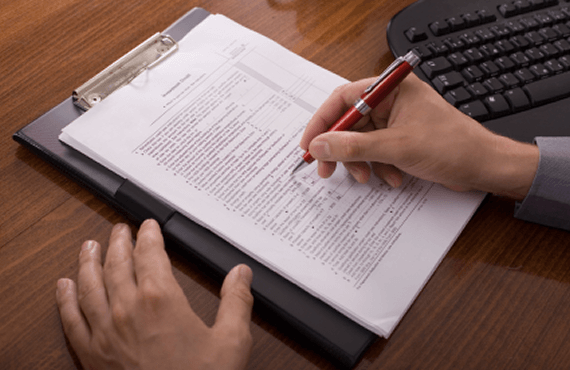 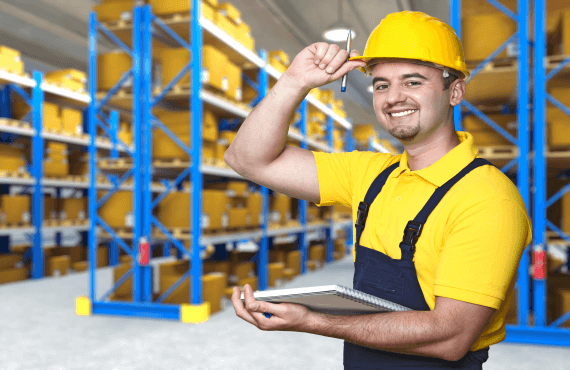 Our risk assessment course is aimed at anyone with specific responsibility for risk assessments, and will also be beneficial for anyone involved in the risk assessment or risk management process. Typical delegates include supervisors, managers, directors and safety representatives.

The course is designed to give those with risk assessment responsibility a sound footing in the process of risk assessment. We introduce delegates to the relevant legal framework and current HSE recommended best practice. 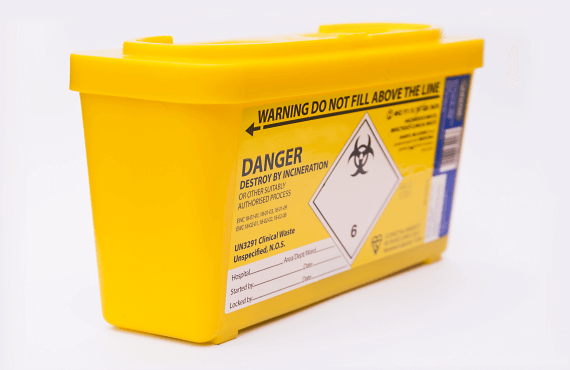 This course is aimed at operatives who work with sharps, along with their supervisors and managers. It is designed to provide an insight to some of the issues associated with the incorrect handling of sharp objects as well as health risks, and ensuring the safe disposal and handling of these implements.

Our sharps training course is also an ideal course to top-up existing knowledge and tool box training, or for managers needing to understand the issues being faced by their staff, and offers ideas and solutions to help deal with these issues.