History of Health and Safety in the Workplace 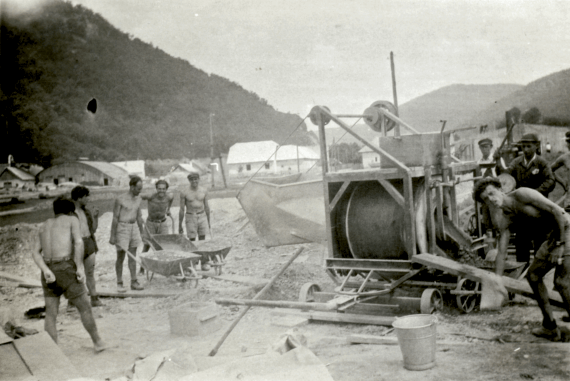 Health and safety is today universal in its importance in the workplace, but where did it all begin? Today we will explore the origins of health and safety, learning how industrial changes shaped health and safety from an initial framework of simple production practices, to evolve into a body of law that protects employers around the world.

As we all know, health and safety is a very important aspect of modern life. It drives the way that we think and the way that we operate on a daily basis, on a personal and professional level, taking on an increasing level of importance as every year goes by.

The more we work with certain industries and products, the more we learn about both their dangers and their positives. Today, we want to take a brief look at what has become of health & safety - and how it started.

The concept of occupational health and safety continues to be critically important worldwide - and it is thanks to revision of legislation and discussions between workers' unions and parliament that have allowed for health and safety protection in the workplace to have become so enshrined in UK law. Workplace health and safety in the UK dates back to the industrial revolution, where concerns relating to worker health and illness impacting on productivity led to the formation of the trailblazing Factory Acts.

The Industrial Revolution in the late 18th Century saw Britain transition from artisanal, manual forms of production, into a manufacturing powerhouse. This growth was rapid, and a constant strain on resources centering around finding suitable workers. As competition and demand increased, employers began to look for solutions including new machinery and child labour. Child labour offered a cost effective solution but a lack of industrial experience resulted in serious accidents when working with foreign machines or chemicals. With a rapid rise in other work related accidents, including mining fatalities, and unknown effects of chemical working, pressure was placed on the Government to take action against companies who did not protect their employees effectively.

The first nationwide legislation was the Factories Act 1833. Leading up to this act the British Government had begun introducing a collection of Acts to govern children working in mills. The Factories Acts 1833 rolled out the introduction of factory inspectors, initially to prevent injury and child labour. For the first time, an external set of rules was governing employees' safety in the workplace. Over the next century this act would evolve to include workshops and similar workplace environments, constantly seeking to improve the conditions of workers and initial labour laws.

The Factory Acts of the Nineteenth Century came into force to inspect and analyse working conditions and effectively closed down all health-impacting conditions and procedures by impounding them into law over a number of years. Worker compensation would not arrive in Europe (specifically Germany) until late on in the century, but its existence heralded a new age of occupational health and safety as it set a major precedent for other countries across Europe and North America.

Health and Safety at Work Act 1974

Beyond this, health and safety legislation evolved into the 20th century and eventually resulted in the creation of the wide-reaching Health and Safety at Work Act of 1974, which has provided legal precedence in aiding the inspection and auditing of workplaces across all industries - from manufacturing to healthcare - and continues to provide the foundation for any amendments that may arise from concerns over workers' rights. In recent years, the concept of risk assessment has been enshrined into health and safety legislation to gain a better understanding of what may cause certain employees to potentially require sick leave - a process that effectively acts as a preventative measure that protects both employer and employee.

The Health and Safety at Work Act 1974 was the first major labour law that not only governed all workplaces but also placed a greater accountability on both the employer and employee. This legislation truly brought health and safety into the conscience of the workplace and has resulted in improvements of both working conditions and a reduction in workplace accidents. For the first time, employers understood their legal responsibility whereby failing to protect workers could result in fines and even criminal charges if breached. This resulted in greater investment in the improvement of workplace conditions and injury/illness prevention methods. But the new Act also empowered employees who now had to understand their own responsibilities. Health and safety training in every workplace is commonplace, and a legal requirement, today in large part because of this act.


40 Years of the Health and Safety Act

Anyone involved within the world of employment will no doubt have been at least notified of the importance of health and safety within the workplace. As things go it's about as paramount as they come; keeping people safe and ensuring they have the comfort and security of the world around them is absolutely vital, after all. However, getting there takes far more pressure and understanding than many would have realised; the fight for the health & safety rights and regulations which we have today are absolutely vital to maintaining professional, secure and modern workplaces.

Whilst those of certain opinions may look upon health and safety as something that merely gets in the way or has been totally overblown, the Health and Safety Act is one of the most important changes to British legislation in many, many years. Worker safety is paramount to the performance of firms and the country in general, and therefore it's vital that staff are kept safe and well looked after within their jobs. The Health and Safety Act 1974 played a key role in changing all of this, even if more regulation has been required over the following years.

For many people, this is a fair price to pay for the current working standards that we hold today. What used to be a rather blasé attitude towards safety - concentrating more on the work getting finished regardless of conditions - has been completely altered by the virtues and protests of the many. Lapses in security and safety eventually became a big problem for businesses, and run-down factories and old industrial estates were forced to renovate or close down until they did. Forty years of this Act has produced a far more comprehensive, safe society to live in and impacts in all aspects of our working lives.

From the homes that we live in to the people that we spend time with, health and safety keeps ourselves and the structures we build in fine working condition. Towards the end of the 1960s, it was estimated that workplace injuries had risen by more than 63,000; From 450,000 to 513,000. These numbers served as a wake-up call to a negligent state. The reforms and changes made since have since laid the foundations for the world that we live in today. Some might see it as "health and Safety gone mad" but is that better than ever-increasing deaths and ever-dwindling safety?

Forty years of the Health and Safety Act has reformed the UK and made it a far more palatable place to not only work, but to live. Rights, safety, performance and overall working conditions have improved an incredible amount ever since the 1974 Act was passed. Long may it continue!

As we all know, however, health and safety has changed drastically since 1980. Today we see far more regulation and emphasis about the importance of safety and health within the workplace. This makes life in general far safer for workers and the public.

Occupational health and safety within the UK has evolved from concerns during the industrial dark age into an all-encompassing piece of legislation that protects employer interests and employee health - and which also ensures that all workplaces are considered safe to operate and work in.

In modern times we enjoy much improved working conditions than previous generations. In 2013/14 some 133 workplace deaths were sadly recorded, which is 0.44 for every 100,000 workers. But this figure is half the amount of workplace deaths in 1994/95 which clearly demonstrates the results of continuous improvement in recent times. To prevent a return to the dark days of the past however, we need to continue our training, understanding and appreciation of the importance of health and safety at work. History shows this is the only successful approach for our working society to maintain these improvements.