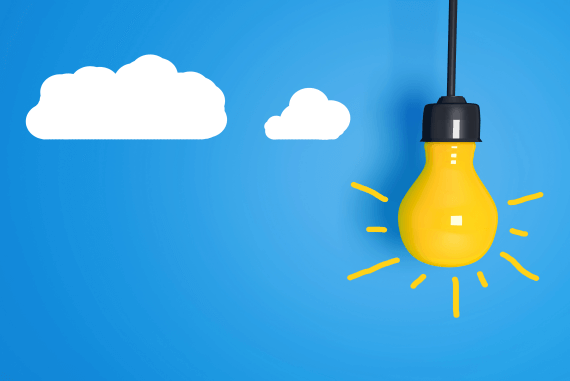 Energy is the driving force behind life and movement. Without energy there would be no life, no light, and no movement of any kind. Where the environment is concerned, the term "energy" primarily refers to the creation of electricity which is used to power the lights, machinery and equipment of businesses and households.

To produce this energy there needs to be a fuel source of some kind. Whilst great strides have been made in the last decade or two in the creation of power using environmentally-friendly methods, the majority of the world's power is still produced from fuels which release a by-product that damages the planet in some way. Fossil fuels such as coal and oil release large quantities of carbon dioxide and other harmful gases when burnt which is released into the air and contribute to the greenhouse effect, where the layer of gases prevents heat escaping into space and traps it in the earth, causing the climate to warm up and resulting in droughts and damaging weather phenomenon.

The vast quantities of natural resources used up in the generation of energy, and the resulting pollution created as a consequence, means that energy production and consumption is a primary concern and issue as far as the environment is concerned, and the potential risks that can befall all life on earth as a result of changing climates, ozone layer damage, smog, acid rain and the other negative impacts that can come about through generating energy from fossil fuels.

Even "cleaner" types of fuel such as nuclear power can have dire environmental consequences if accidents occur like an explosion which releases toxic radiation in the surrounding area, along with the need to safely dispose of spent fuel rods and nuclear waste in a manner where it cannot threaten the health and safety of anyone.

Advances in technology and increased awareness of environmental issues has led to a greater utilisation than ever before of clean, renewable sources of energy generation which do not consume finite resources or produce harmful pollutants. There are however other objections and disadvantages regarding their use, such as visual intrusions and the expense of building in quantities necessary to generate the same amount of electricity as fossil fuel burning equivalents.

Reviewing Use of Energy and Materials

An organisation's use of energy, materials and other resources has an effect not only upon its costs and subsequent financial performance, but also its environmental impact as the more it consumes the greater its direct or indirect contribution to pollution levels or destruction of the environment.

There will be two primary ways of mitigating and lessening this negative impact without necessarily affecting output; either by reducing its consumption levels through more efficient processes or by introducing and/or making better use of more environmentally-friendly means of energy generation.

When first commencing a process the company is likely to pay close attention to various cost factors, with the cost of the required energy consumption, inputs and waste generation being highly important considerations. However, many will then fail to monitor and regularly review how minor changes to the process over the next months or years, or how aging machinery, may be making more demands on resources or generating increasing amounts of waste or defective products. It may be the case that what once started as an efficient process may now have become increasingly less so, which will be even worse if advances in technology mean there is a much more efficient method of doing the task/process.

So just as reviews need to be made to health and safety controls to ensure that they are still suitable for any changes that may have occurred since the last review or since they were introduced if no reviews have taken place since that time, so too will regular reviews of processes from an environmental point of view need to be performed at regular intervals to ensure that the processes still come up to the standards required from that perspective also.

How Smart Meters and Computers are Saving the Environment

Changes in the attitudes and behaviours amongst people have gone a long way towards reducing environmental impact and lessening, or at least slowing down, damage to the environment as well as the health and safety of all living creatures living on the land and in the oceans. Not only have human attitudes changed, but the introduction and advancement in technology has also contributed significantly, with smart meters and computers contributing to the preservation of the planet.

There is no doubt that attitudes towards the environment have come on leaps and bounds within the last couple of decades, with the surge in recycling initiatives and the introduction of health and safety courses like the NEBOSH Environmental Certificate highlighting the increasing desire to lessen the impact upon planet earth. Even if people are simply complying with an environmental initiative because it is mandatory due to legislation, it still means that they are contributing to the welfare of the earth and lessening the damage which they inflict upon it.


How Are Smart Meters And Computers Helping?

Advances in technology and computing power mean that computers are now frequently monitoring all kinds of conditions. Networks of sensors allow computers to monitor all sorts of variables. If anything is out of the ordinary and outside of acceptable minimum or maximum levels, then the computer can either alert a person to the situation or take action itself such as opening/closing valves or shutting down the entire process until circumstances are rectified.

Computers can also perform functions such as switching off lights when a person leaves a room, or monitoring the air temperature and adjusting levels of heating or air conditioning accordingly to maintain a pre-determined temperature rather than letting the room get too hot or cold which would then need to be heated or cooled to bring it back to acceptable and comfortable levels.

Smart meters not only allow individuals and businesses to see how much electricity or gas they are using, thus enabling them to reduce consumption in order to try and save money, but also many allow people to control heating whilst they are out via their mobile phone or computer. This means that people can switch on their heating just before they arrive home rather than having it on all day heating up an empty house.

Whilst one or the other will benefit the environment, the combination of people's actions and attitudes with the monitoring and assistance provided by computers and technology results in a powerful force for lessening the negative impact and damage to the environment that everyday life creates.

When many people think of technology and the environment they think of technological advances and development which substitute one process or material for another, such as a change from petrol cars to cleaner, more environmentally-friendly alternatives. It is easy to forget that technology can also be utilised to monitor situations and take automated actions which can have just as much of a benefit for the environment overall as replacing an entire process, input substance or method of doing something.

Please use the links below to read more about the topic of energy with regards to environmental health and safety: