The Risks to Health From Fire 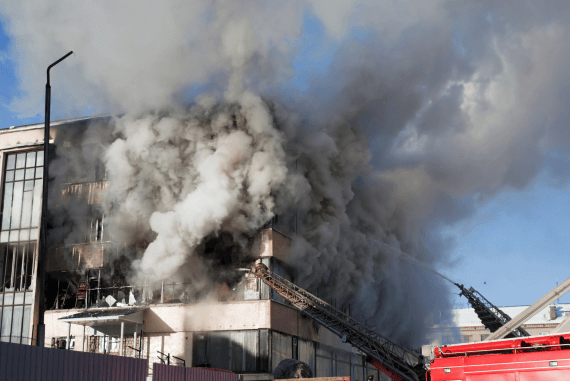 The prevention of fire is a critical objective of company health and safety training as fires can be deadly occurrences which not only pose a danger to people, but can damage or destroy buildings and contents, as well as releasing toxic gases which can be harmful to the surrounding environment. Health and safety courses such as the NEBOSH Fire Safety Certificate will give workers and employees a much greater understanding of the dangers posed by fire and explosions, as well as training to make them familiar with control measures and the company's fire safety procedures, including emergency evacuation instructions.

As far as risks to people go, the most obvious danger is that from the flames. This can cause severe burns to people caught in the fire, particularly if they are trapped and cannot escape the building. The effects of the burns can be fatal, or can produce permanent scarring to skin.

Smoke produced by the fire can also be a potential killer. It can restrict breathing and cause asphyxiation, with the resulting oxygen deficiency leading to death as the body does not receive enough oxygen to sustain life. Largely affected by the type of material or hazardous substances that are burning, the smoke itself can also be damaging to health if it contains such toxic gases as carbon monoxide.

Fires are not only a risk to human life in and around the structure that is burning, but can also damage the surrounding environment. If the ground is particularly dry such as in the summer months, fires can spread through the surrounding countryside and burn tree and plant life which also means animal habitats are destroyed too. Fires can also directly or indirectly affect the environment aside from the flames. Soot can cover tree and plant leaves and prevent photosynthesis, causing them to die, whilst the water or foam used to put out the fire can wash harmful substances into the nearby soil or local watercourses which then harm plant roots or organisms such as fish that live in the water.

How to Reduce the Risks from Fire

A fire can be dangerous not only for the health and well-being of people but can also be extremely damaging to stock and buildings. This means that as well has being a legal requirement, it is also in a company's best interests to limit the potential damage that a fire could cause, and preferably to reduce the chances of one starting in the first place. A comprehensive fire risk assessment needs to be undertaken by a competent person to identify risks and take the appropriate action. When it is impractical to totally remove a risk then suitable protective measures need to be introduced.

In terms of prevention, which is more preferable to dealing with the aftermath of a fire, there are a number of steps which can be taken. One of the primary ways of preventing the outbreak of a fire is to take away a source of ignition. Examples of sources of ignition include hot surfaces, faulty electrical wiring, discarded cigarettes, arson etc.

Whilst some sources of ignition can be removed or made safe, for others it will be impractical, and in this case where they remain they should be kept away from potential sources of fuel. This fuel for a fire is anything that burns, and steps can be taken including replacing flammable materials with fire-resistant ones if possible and not storing flammable materials near sources of heat. Fire doors should also be kept closed to slow or prevent the spread of fire, and the installation of a ceiling sprinkler system can help to extinguish any fire which starts in the building.

Along with fire training health and safety courses and qualifications such as the NEBOSH Fire Certificate, the introduction of procedures such as a hot permit to work system can help to prevent fires and reduce the chances of a fire-related accident or incident. This will however rely on workers understanding the permit to work system and following it correctly.

The Importance of Fire Drills 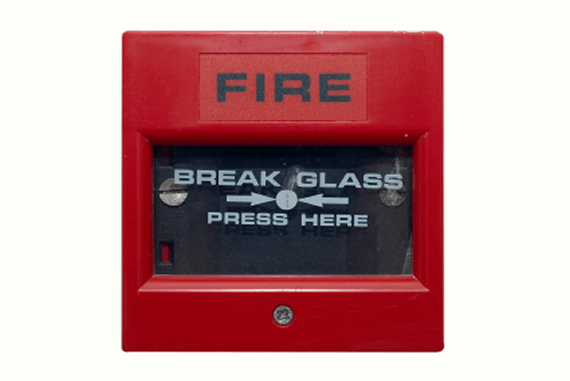 As the well known sayings go, "there is no substitute for practice" and "practice makes perfect". This applies to many things, and fire drills are no exception. By performing a fire drill, it will give your employees the chance to practice the instructions that have been imparted to them in the fire safety and other health and safety training they should have been given.

Whilst it would be good if the fire drill went perfectly, it does give you the opportunity to see if the organisation's emergency procedures are fit for purpose and that the required volume of people can be quickly and safely evacuated from the premises and assembled in the designated area(s) away from the building. Errors and mistakes that are made in the drill are highly unlikely to result in a death or injury (although it could still theoretically happen such as crushing or falling down an emergency exit staircase), whereas if a fire is burning and mistakes are made there is a much higher chance of this negative outcome.

Along with people familiarising themselves with where to go in the event of a fire and how to get there (i.e. the emergency escape route(s)), a fire drill will give those who have been tasked with the responsibility of being a fire marshal the chance to practice what is required of them. They themselves along with management can then sit down and determine what worked well and what could be improved should a fire evacuation be required in the future but for real this time.

For information on fire safety training or fire qualifications such as the NEBOSH Fire Certificate courses please browse our website or contact us with your requirements.

Whilst the provision of health and safety training and qualifications such as the NEBOSH Fire Certificate will help to reduce the likelihood of a fire occurring in the workplace, the chance can never be completely eliminated. And although the fire safety training will have given workers a great deal of information on what to do in the event of a fire it is still a good idea, not to mention a legal requirement in many countries, to have fire instruction signs placed in prominent positions around the workplace which serve as a reminder of what to do and what not to do when discovering a fire, hearing the alarm and evacuating the premises.

These fire safety signs should be clear and concise with the information and the instructions that they give. They are intended to act as reminders and are no substitute for fire safety training itself, and will contain information that workers should already have been told such as not to use lifts in the event of a fire and where the emergency assembly point is once they have exited the building.

The prominent positions around the workplace where these signs are located will most often be in areas where people will be when affected by a fire such as next to alarm points, or next to the items that the signs describe such as the lifts which the sign says not to use in the event of a fire.

A Fire Alarm for Staff Not Customers

In some buildings which contain a large number of members of the public it may be more preferable in the event of a fire that only workers are alerted so that they can perform an orderly evacuation of the premises. Otherwise, a general alarm sound which alerts everybody to the danger and presence of a fire may cause a mass panic amongst the people. If this happens not only could the evacuation process take longer, and so increasing the chances of burning or asphyxiation from smoke inhalation, but a resulting stampede and mad dash for the exits could lead to other injuries.

If this type of fire alarm system is intended to be used within a premises, it is vital that not only are there enough staff available to perform an emergency evacuation of people who may be confused and unaware of exactly what is going on, but that the employees have also received the necessary training to execute the plan, which also means that this plan needs to have been carefully developed by management in the first place and takes into account any fire risk assessments that highlight areas which may need extra attention, such as checking the changing rooms and toilets or assisting disabled customers. Whilst fire health and safety courses like the NEBOSH Fire Certificate will teach employees a large amount of fire safety information, they will need training in the organisation's specific fire evacuation plans to understand things such as their specific role, i.e. who is a fire marshal and who checks specific areas of the building?

If there is any doubt about the ability or capability of staff to evacuate customers in this way, then it may be better just to have a general alarm that can be heard by all as at least customers will know there is an emergency and to get out rather than remaining in the building because nobody has informed them that there is a fire.