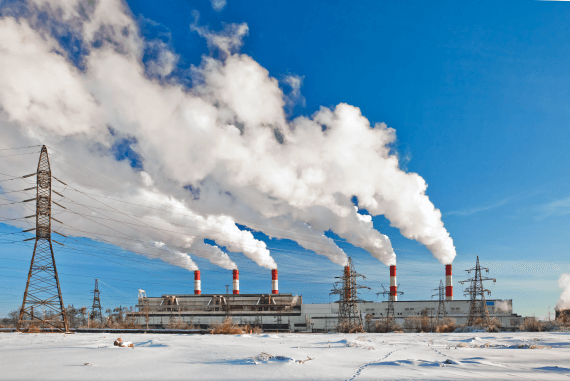 A rapid rise in consumerism over the course of the century, exacerbated in the last decade or two by the increasing affluence of individuals in other large countries which have seen an upsurge in their economies and the subsequent wealth of their citizens, has resulted in a great deal more factories springing up across the world which pump out harmful and toxic gases into the atmosphere, significantly increasing air pollution and putting the health of people at risk.

Factories are not the only contributors to harmful emissions and air pollution though. A rise in air travel means more planes than ever before are flying about and burning fuel in their engines. Expanding populations, coupled with the rising demand for manufactured products which then need disposing of when no longer required, means more rubbish is produced and causes a headache for those tasked with disposing of it. Both landfill sites and burning the rubbish to eliminate it can contribute to air pollution, with the burning producing harmful gases and landfill sites leading to the creation of methane gas as microbes break down the rubbish and produce methane as a by-product.

As well as damaging the ozone layer or leading to the build-up of greenhouse gases, both of which can have severe consequences for the environment and climate of the planet, air pollution can also create or exacerbate existing health conditions, namely respiratory ones. Plant, animal and human life which relies on the air for the uptake of oxygen to sustain themselves can have their health, or even their entire existence in extreme cases, put in danger from contaminated air.

Air Quality and its Effect Upon Health

Humans, plants and animals all rely on the intake of gases from the air in order to survive. This respiration is critical for the creation of energy and the expulsion of waste gases. The composition of the air will obviously have a significant and direct impact upon the life form in question as they will be taking in these gases, which not only comprise the ones they require but also the pollutants that happen to be present. These pollutants will have varying effects depending upon what the pollutant is, as well as the concentration present in the air.

The significance of affecting virtually every living creature on the planet means that air quality is a highly important topic when it comes to environmental health and safety. Legislation exists in countries around the world to limit toxic emissions into the atmosphere from businesses, which means that companies need to be aware of these limits and restrictions, as a failure to comply with them can lead to financial punishments or even imprisonment in the case of a serious breach.

Air which is polluted can exacerbate existing health conditions such as asthma. The pollutants may even cause cancer when they are absorbed into the body, or other serious conditions such as lead poisoning which was a major issue a few decades ago when the use of leaded petrol was widespread and resulted in high concentrations of lead particles being present in the air, which were subsequently inhaled. Air pollution can also bring about acid rain, which can damage crops and buildings, as well as being hazardous and sometimes fatal for aquatic organisms.

Air Pollution and Health and Safety

As society and populations across the world become increasingly developed, so too does the number of vehicles and the amount of electrical power that needs to be generated to satisfy their requirements. This has a dramatic negative impact upon the environment as well as affecting the health and wellbeing of human, plant, animal, microscopic... in fact all life on earth.

As far as vehicle emissions are concerned, these can contribute to the creation and build-up of smog in the air which not only makes visibility poor and increases the risk of collisions amongst vehicles, but also impacts people's respiratory systems and can aggravate conditions and cause breathing difficulties amongst sufferers of conditions such as asthma and bronchitis.

Electricity is often produced by the burning of certain fuels to create steam which spins turbines. Whilst the adoption of green energy is on the increase, these fuels are still primarily fossil fuels such as coal and oil. The burning of these fossil fuels results in the release of harmful and toxic gases into the atmosphere which can damage the ozone layer and increase the build-up of so-called "greenhouse gases" which prevent heat escaping the planet and back into space. This contributes to an increase in the average temperature of the planet, bringing about negative consequences such as the melting of the polar ice caps which results in higher sea levels and coastal flooding, more extreme and destructive weather and a failure of established crops which provide food for a particular area.

Pollutants and contaminants in the air can be inhaled and absorbed into the cells of living organisms, damaging them and causing illness and death depending upon the extent of the damage done. It is for this reason that environmental health and safety has begun to be taken much more seriously over the last couple of decades, with increasing amounts of rules and regulations coming into force, along with an increased demand for qualifications like the NEBOSH Environmental Certificate, as countries try and reduce their impacts upon the environment on a local, national and global level.

However, air pollution has effects which are not solely limited to the health and safety of living creatures or their welfare. Whilst this is the most important, there are also other considerations and consequences that also come with air pollution.

For starters there is damage to historic buildings, statues, monuments etc by acid rain, reaction with substances in the air or being covered in deposits of particulates. This can irreversibly damage or destroy the objects in question, or result in extensive financial costs to repair. Either way the historical originality of the piece will be lost.

The financial costs are in fact another major reason for everybody to reduce air pollution. Not only does money need to be spent in repairing and restoring items damaged by pollution, but this air pollution can damage the environment in such a way that it affects the livelihoods of crop growers and those relying upon the land for produce to sell. Air pollution which causes acid rain can also decimate stocks of fish and other aquatic creatures which affects those in the fish farming industry.

Even if the air pollution does not cause any damage to health, there are still unpleasant and undesirable consequences which come with it, including the inconvenience of reduced visibility (which can in fact be a danger as there is an increased risk of collisions), and unpleasant smells and odours which may be present.

We have already seen above how air pollution can have a significant detrimental effect on the health and wellbeing of virtually every living organism on the planet. This is because they rely on the intake of gases from the surrounding air, which means if the air contains high levels of pollution and contaminants they will inhale or absorb these into their systems, which can result in illness, reduced growth rates or death ultimately.

So obviously the effect of local businesses and the amount of pollution they give out and release into the air will play a major part in the composition of the nearby air. However, air pollution can also be influenced on a global scale.

Material blowing in the atmosphere does not recognise international borders, and so pollution produced by the cars, homes and factories in one country can end up drifting across into their neighbour's airspace, affecting the health of their inhabitants.

Even natural events can have a considerable impact upon the quality of the air. Volcanoes which spew out millions of tonnes of smoke and material into the atmosphere can not only disrupt aircraft travel, but can also cause respiratory problems for people on the ground and block out sunlight so that less makes its way down to plants. This material can also drift in the atmosphere across to other countries nearby, not just affecting the country in which the volcano is located.

The cumulative effects of pollution from individual countries can affect the planet as a whole. Climate change which causes average temperatures to rise and influences the jet stream will affect the weather and crop growing potential of every nation. The melting of polar ice caps will cause global sea levels to rise and result in flooding to low-lying coastal regions of countries all over the world. It is therefore in every country's interests to try and reduce air pollution for their own benefit as well as that of their fellow nations.

Air pollution is a serious threat to the environment, as well as the health and wellbeing of humans. The term air pollution is wide-ranging and incorporates emissions into the air of hazardous gases, mists, fumes, smoke and dust to name but a few.

Both businesses and individuals create air pollution. For individuals it will primarily be through car use which gives out toxic exhaust fumes, or from the burning of fuel for heating. Businesses will usually be heavier polluters than individuals due to their size, with pollution coming as a result of their operations as emissions are released into the air. Also, although not directly produced by them, the electricity needed to power the business is likely to have been produced in a power station which burns fossil fuels and releases harmful gases into the air.

Businesses and individuals should strive to reduce their emissions to the air and their subsequent impact upon the surrounding environment. This will not only benefit the environment and the health of the local population, but is also likely to result in significant financial savings over the long-term as businesses become more energy efficient and reduce waste.

Various ways of reducing air pollution exist. Some of the main ones are:

Please use the links below to read more about the topic of air pollution and environmental health and safety: