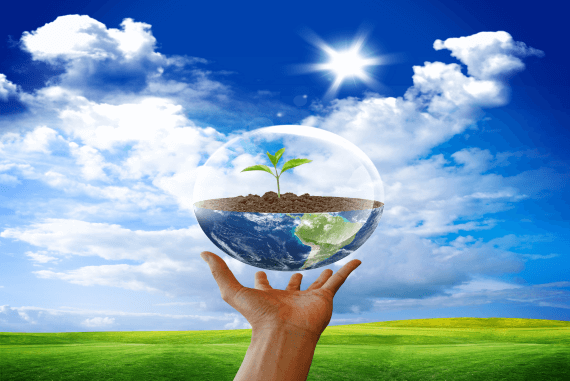 Whilst many people can be stirred into action through persuasion, there are others who require a firm push in order to get going. There are those out there who will only change through being forced to do (or not to do) something. Sometimes only the introduction and enforcement of legislation by governments can get individuals or businesses to alter their ways.

The environment and overall environmental responsibility is a classic example of one of these issues. Whilst it was the case that many people voluntarily undertook initiatives such as recycling, actively reducing consumption and waste production, not to mention paying for environmental training like the NEBOSH Environmental Certificate or similar educational courses, many preferred to carry on as they always did. Although tremendous benefits to the environment were brought about by those who performed environmentally-friendly actions of their own volition, far greater steps forward have been achieved through introducing legislation that forces the population into certain actions.

Although governments dictating what people and businesses can and can't do is highly controversial and can cause many arguments and bitterness, there can be no denying that initiatives such as the mandatory segregation of rubbish into recyclable items and non-recyclable material, along with restrictions on vehicle emission amounts and/or toxicity levels have played a tremendous part in the protection and preservation of the environment for future generations, not to mention the health, safety and wellbeing of the current inhabitants of the planet.

These benefits for the environment come in a variety of different forms, whether it be a reduction in air pollution, or keeping nearby watercourses clean and pure. This is vital, not only for the creatures living in it, but also for animals (and people) who rely upon the water for drinking, or preserving habitats.

A Moral Obligation to Protect the Environment

A healthy and thriving natural environment is of benefit to people, but even though it is in all of our interests, there are also moral reasons for wanting to protect plants and animals. Despite some arguing that man-made climate change is taking place, the scientific evidence points to human activity, such as CO2 and other gas emissions, as having a major effect upon the planet. Other activities like cutting down large swathes of rainforest and mining natural resources all add up and contribute to the strain being placed upon the natural world.

As a consequence, many people feel a moral obligation to take action that tries to reverse, or at the very least minimise, the damage being done. The same is true of governments. For example, plastic microbeads used in cosmetics and other products find their way into the world’s oceans, where they are consumed by fish, exposing them to harmful toxic chemicals. The UK ban on microbeads was introduced not because it would provide a huge benefit to the UK (although the toxins could end up in the bodies of those eating fish), but primarily because it was the morally right thing to do.

Government Initiatives and Plans Can Also Have a Financial Motivation

Not every decision a government makes will be done purely for altruistic reasons however. Quite often, a policy will be introduced which may seem noble, but actually provides a financial benefit to the country. In some ways, these can be the best type of policies, because not only do both sides “win” (i.e. the government and the environment), but it also provides the government with more impetus and motivation to actually get it done so that they can enjoy the benefits.

Bringing in legislation to improve efficiency and reduce waste that is otherwise sent to landfill may sound like a decision taken purely for the sake of environmental preservation, but it will also end up saving the country’s economy a significant amount of money in the long term through the reduction of excess waste.

Other Associated Benefits of a Protected Environment

Some of the benefits for people associated with a thriving natural world are well-known, such as clean air and water, but there are other less obvious ones.

With a growing population and expanding urban areas, green space is at a premium. If a government or local council protects this space from development, not only will wildlife benefit, but it will also give people an area to escape from the hustle and bustle of fast-paced city life. This can have a positive effect on their mental health, as well as providing a space for recreation and exercise.

Frustratingly, little happens with regard to the environment in a hurry. Introducing new legislation is a painfully slow process at the best of times, and making major environmental decisions seems to happen even slower.

It can also take a lot of time to convince people of the benefits and/or necessity for any changes, especially if it inconveniences them and makes things more difficult. As mentioned in the opening paragraph of this article, sometimes forcing people is the only way to make them change, and even then they may not take any notice and break the rules.

This long time period to make changes is evidenced in the UK’s environment plan for a green future. This 151-page document, which can be viewed here, sets out plans over a 25 year time period.

So whilst governments are frequently and vociferously criticised for what is seen as meddling or nannying the inhabitants of a country, the introduction of legislation often provides a benefit for society as a whole, even if it angers and prevents some people from doing something which they enjoy or which they find easier than having to comply with the introduced legislation. In the United Kingdom and European countries, whilst many may resent not being able to just chuck all their rubbish into a single bin bag or use traditional light bulbs rather than energy saving ones which many people complain about the level of light they provide, it is still the case that the benefits for the environment have been enormous, even if this will not be much consolation for those who do not particularly care about the environment.