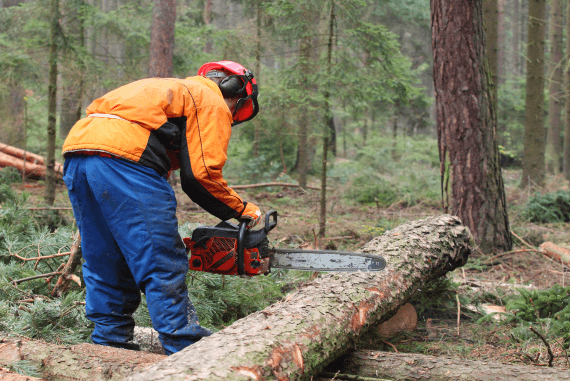 Although it is considered to be a rather gentle pastime, there is no denying that gardening is an activity fraught with risks and dangers. Machinery such as chainsaws and lawnmowers can cause serious injuries if used incorrectly or are not properly maintained. As with most recreational activities, it can be enjoyed safely by taking appropriate care in order to minimise and prevent incidents from occurring.

Plus of course there are those who are professionals and perform such tasks day-in, day-out as part of their work activities. Whether it is because they are likely to be using more powerful tools and tackling bigger jobs, or simply because they spend more time conducting such actions than a casual gardener, there is likely to be an increased risk of death or injury to professionals. However, this can be mitigated through proper health and safety training which teaches these individuals how to use equipment correctly and the risks which exist.

One prominent danger which exists for both professionals and amateur gardeners alike is the risk of injury or death when cutting trees. Whether it is cutting a few branches to get more light into the garden, or chopping down entire trees to clear an area for development, there is always the risk of serious accidents.

Primary Dangers to Health and Safety

The risk of falling branches or entire trees is perhaps the most obvious. It surprises most people just how heavy large braches are, with some that fall in strong wind having to be cut up into smaller pieces where they fall as they cannot be shifted. Once you have tried to lift or move a heavy tree branch, you will understand how they can easily cause severe crush injuries or death were they to fall on someone. The person most at risk is the person doing the cutting, but trees or large branches can cover a wide area of ground so also at risk are other people nearby, who may not even know that the tree/branch is about to come down.

A second hazard associated with tree cutting is falling from height. As anyone who has completed a health and safety course such as the NEBOSH General Certificate will know, falling from height is an all-too-common yet preventable danger to health. It is also important to remember that it does not necessarily refer to people working hundreds of feet up either; it also applies to those just off the ground such as up stepladders for instance. As tree branches are up high, quite often a ladder or stepladder will need to be used to get up high enough to cut. The risk of falling branches when cut, coupled with having to balance whilst handling heavy chainsaws obviously creates a significant potential for some sort of accident which could endanger both the person off the ground as well as those below.

Thirdly, the machinery itself poses a danger to health and safety. Machinery designed to cut through wood will easily do the same to any part of the human body which were to unfortunately get in its way. Chainsaws and branch shredders can cause severe lacerations or even result in the loss of entire limbs. Not only does the operator have responsibility for their own safety and well-being, but they need to be aware of other people in the area and how their actions may have an impact upon them. There is also the potential for children or animals to get onto the site and come into contact with the machinery or be in a location where heavy branches will be falling.

Whilst the risks above are the most likely to cause serious injuries (or worse), there are also other factors which could negatively impact a person's health, safety or well-being. For instance, in some trees there may be a wasp's nest, which, if disturbed, could lead to a swarm and multiple stings. Aside from being painful to anyone, in some people this can lead to serious consequences to health such as anaphylactic shock. Depending upon the seriousness of the reaction and the number of stings received, it can in extreme cases result in a fatality, particularly if it is a small child or animal which has been stung.

There is also the risk of a falling tree or branch coming into contact with a power line, not to mention a person wielding a metal chainsaw near a cable running the risk of electricity arcing and giving them an electric shock. The shock by itself can be extremely dangerous, but could also cause a person to fall from height and hit the ground. Add to this mix a heavy and sharp piece of equipment and the potential for disaster is significant. Electrical safety is therefore essential for anyone using machinery, but especially when using chainsaws on trees near power lines.


Deforestation and its Effects upon Health 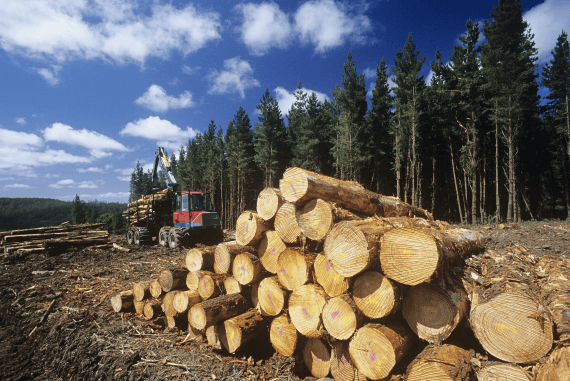 The vast majority of people take trees for granted. They will often be more concerned with their aesthetic value such as looking pretty in an alpine winter setting or how much light that row of trees blocks the sunlight getting into their kitchen for example, without remembering the critical function trees and plant life play in sustaining life on planet earth. They remove carbon dioxide from the air, using it during the process of photosynthesis, and release oxygen back into the surroundings. Too much carbon dioxide and not enough oxygen can be deadly for life, including human beings. Carbon dioxide is a greenhouse gas which can build up in the atmosphere and can act as a blanket, trapping heat in the earth and preventing it being released into space.

As far as individuals are concerned, the impact they will have by cutting down trees is negligible, which is why they are unlikely to give it much of a second thought. However when taken as a whole across the entire planet and combined with the massive acreages of forests and woodland that are being cleared either for space (for living on or for food production), or to provide wood for fuel or building materials, the removal of all these trees reduces the overall capacity of these natural air purifiers.

The human population has been felling trees and using wood for building and fuel for thousands of years, so this is not a new phenomenon. However, the rapid explosion of the industrialised age in the last two centuries across the world has led to an exponential growth in the emission of carbon into the atmosphere, in conjunction with increasing swathes of land being cleared to satisfy the needs of a booming global population. One of these conditions on its own would be a problem, but both of them at the same time is a particular concern.

There are obviously effects upon the health of people as a result of a warming planet. A rise in sea levels caused by melting polar ice will cause coastal flooding which can be deadly to those caught up in it. Disruptions to weather systems and increasing average temperatures can result in more extreme weather and more devastating natural disasters. Weather such as hurricanes or heavy snowfalls can cause massive loss of life and injuries to those in the affected region. Also, the emissions by factories and power stations which contain carbon dioxide also contain other hazardous and toxic gases which can damage the health of people and make pre-existing conditions worse.

Deforestation can not only wreak havoc for the environment in terms of contributing to global warming and its subsequent effect on the health of people, but it can also lead to another problem, that of soil erosion.

Trees have extensive root systems which travel underground and seek out water and nutrients for the plant to use. These root systems also bind the soil by preventing it from moving easily and being washed away by rainwater or blown away in the wind. When deforestation cuts down and removes these trees, their root systems underground wither and decay and no longer bind the soil together. This makes it much more susceptible to erosion which can damage buildings on the land as their foundations shift, and create mudslides during heavy rain. Either of these scenarios can place the health and safety of those affected in jeopardy and result in injuries or loss of life.

Deforestation and soil erosion can also result in the loss of essential minerals needed by plants. So if the area was cleared of trees in order to provide land for crowing crops, over time this land may no longer prove suitable for growing crops of sufficient quality or quantities. Further wooded areas may then need to cleared to find fertile ground, which further exacerbates the problem.