How Can You Prepare Your Workforce for a Return to the Office?

Have your managers spoken to their teams about returning to the office yet?

While officially people who can work from home are still advised to do so, it seems many are already going back to the workplace.

And that number is likely to increase significantly in June when the government hopes to remove social distancing restrictions.

But the 'return to the office' conversation is unlikely to be straightforward.

Many workers have revelled in working from home and the greater flexibility and autonomy that has come with it.

Not having to commute to the office has given them more time.

They've been able to keep their business attire in the wardrobe and opt for items with elasticated waists and, apart from Zoom calls, they've not had to spend time with those colleagues they may find irritating.

And many reports suggest home working has boosted productivity.

But the great home-working experiment has not been the same for everyone, and many people are desperate to return to the office and no longer see their bedroom or kitchen table double up as a place of work.

So, what steps should managers take to prepare their workers to return to the office?

"The return to work should not be about businesses validating their rent by getting bodies back into the office," he said.

"The key questions the return to work poses for businesses is whether they are mature enough to turn around to their teams and say to them 'work where you are able to do your best work'.

"If people are consistently meeting and exceeding expectations, does it matter whether they do that work in the office, at home, or in a combination of those options?

"The issue comes where those expectations are not clearly communicated, and there isn't a measure of what meeting or exceeding them looks like.

"In that situation, managers often panic and start micromanaging, and that is not good for anyone.

"If those expectations are clear, but they are not met by a particular team member, then managers need to have a conversation about bringing them into the office more."

Tienie says that creating a policy where everyone has to automatically return to the office, irrespective of how well they work at home, will create an environment where workers reluctantly comply.

He said: "If I turned round to a member of my team and said 'the new policy is that everyone needs to return to the office immediately', there's a good chance that person would, to use a term we use in business coaching, 'reluctantly comply'.

"And when they do that, it diminishes their motivation and reduces their productivity."

The question this approach poses, is what happens if a manager believes they can do their job completely from home, but some of their team members want to return to the office at least part of the time?

"Managers in this situation need to accommodate their team," Tienie said. "So, if some of your team want to be in the office 50 per cent of the time, you need to do the same, regardless of whether you would prefer to be at home.

"You need to meet the team where they are."

Another concern leaders are likely to have with this approach is managing a split team, where some members are working from home and others are in the office.

Could that lead to resentment and impressions some team members are working harder than others?

Tienie said: "Managers need to make it clear some people are working in the office and others from home out of choice.

"People have to respect there are some who want to commute into the office because it is where they feel most productive, and there are others who feel the same way about working from home.

"But if those people who work from home start missing meetings and turn up late, then managers need to intervene before it becomes a big issue.

"Where teams are split, I also think it is the duty of the manager to get everyone together at least one day a month. That will add value to the team and feed the subconscious tribalism we all have.

"It is healthy to interact with other people, and we don't want those who choose to work at home to become isolated."

Tienie suggests the return-to-work conversation should not be a one-off and must become something that is regularly reviewed.

He said: "What we are already beginning to see among those who have returned to the office is that they are being creative and are solving problems together quickly.

"And those who are working from home want to be part of that, so the fear of missing out steps in a bit.

"If you have a cohesive team, it doesn't matter whether you have someone who says 'I want to work in the office a few more days now'.

"Working in the office and working from home should not become a new unconscious bias. If your team is meeting expectations and delivering what it needs to deliver, it doesn't matter if 50 per cent of your people work from home."

What should managers do if they want their teams to return to the office a couple of days a week, but are met with resistance?

Tienie says: "Managers need to clearly communicate why they are required to come in. If there is still resistance, then the best option is for the manager to suggest measuring how they perform working from home for the next four weeks.

"Make it clear what meeting and exceeding expectations looks like, and then have another conversation with them in a month where you review how they got on.

"You might get others then thinking 'well, if they are going to do it, so am I', but that shouldn't be an issue. Ensure they have the same understanding of expectations and put the same reviews in place.

As more workers do inevitably return to the office, Tienie says there are two crucial areas managers should be aware of – micromanagement and creating a culture of self-care.

Employees have benefitted from more freedom from the past year and are likely to be particularly resistant to any micromanagement when they return to the office.

Tienie said: "With one of the clients I have been providing business coaching and management skills training for, we have been looking at managers holding conversations with their teams to gain their thoughts on the work that they do, what they think about micromanagement and how they feel about autonomy.

"It gives the manager a clear understanding of how their team feels about those three things and what they should look like in future.

"One of those conversations led to a team member saying they liked being micromanaged because they felt they needed a push to meet deadlines.

"And it is where you don't have these conversations that problems arise. If you tell a team member to go off and do something and then micromanage them, it takes away autonomy and adds insult in micromanaging. And that puts a question mark on capability.

"Collaborative communication and making time for those conversations is key."

But what about the self-care culture?

While we've all been working from home, many of us have used the time that would have been taken up with the office commute to exercise, go for a walk or to focus on interests away from work.

Returning to the office will inevitably cut into this 'me time' and Tienie thinks it is something managers should be aware of.

He said: "As soon as your workforce returns to the office, they lose on average three hours of 'me time' a day.

"So, managers need to create some of that 'me time' for their team members. It doesn't have to be more than 15 minutes.

"It can be as simple as telling them to go and make a cup of tea and saying you don't want to see them sat in front of their computer for the next 15 minutes.

"Give people permission to tap out. And managers should do this for their team members twice or three times a day, excluding lunch.

"If you've got a team of eight, tell four of them to go at the same time.

"You don't have to go to extremes like screen-free days or be particularly creative. It can be as simple and making sure they step away for 15 minutes and think about something else." 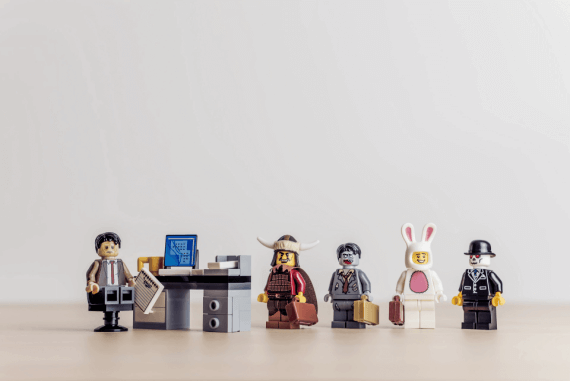 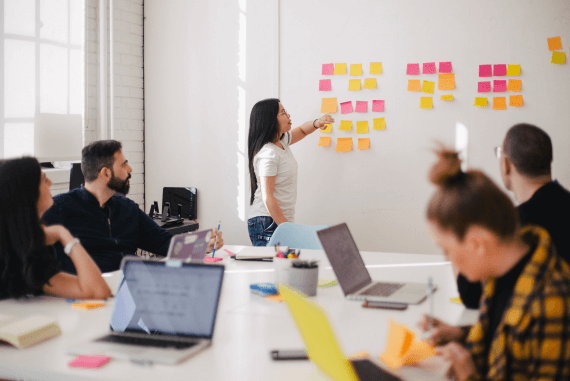