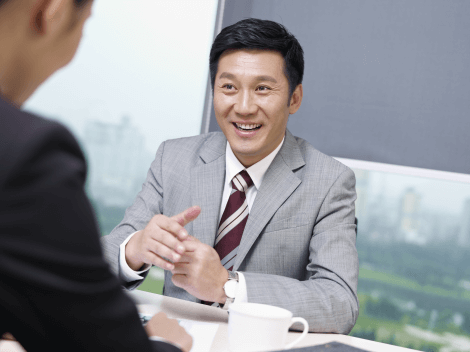 The objectives of management will vary greatly depending upon a number of factors. For instance, the number one objective for most managers of a commercial business will be to make a profit, whereas this will either not apply at all or be a long way down the list of priorities for managers of a charity.

The term can further be broken down into the level of management applicable to the individual or group. Senior managers and executives will have very different objectives and targets than junior managers for whom this is their first managerial role for example.

As a consequence, the term Management Objectives is rather broad and all-encompassing, and one which needs breaking down further, as the objectives of a manager will typically fall into two main categories: personal objectives and company objectives.


An Owner-Manager or an Employed Manager?

A manager will usually either own all or some of the business, or they will be employed to run the company or part of it (although if it is a large publically listed company they may own some shares which technically makes them a part-owner).

As a generalisation, owner-managers are usually found in small companies or sole traders, where one person can just about cope with all the managerial responsibilities. Employed managers are usually found in large organisations where the sheer scale and complexity of the operations make it impossible for one or even a few people to do and manage everything, and so others are employed to manage a particular department or area.


Are Their Objectives the Same?

Are employed managers really as committed to the success of the company as an owner-manager, who has a lot more to lose financially in the event of the company going out of business?

Many will be. Whether it is because they are genuinely the type of people who want to do the best job they can whatever it is they do, or because they enjoy working for the company and don’t wish for it to fail and be forced to seek another job.

However, there will be other employed managers whose ultimate objective is to succeed personally, which in many people’s measuring yardstick is the amount of money they earn and/or the level of power they have in an organisation. For these individuals, whilst the company going out of business and them having to find a new managerial position at another company might be a temporary disruption and inconvenience, it is certainly nowhere near as damaging for them as it is for an owner manager who will have lost a lot of financial investment in the failed enterprise.

For owner-managers who are financially-committed and have "a lot of skin in the game", every decision they make will have been carefully considered in order to ensure that the outcome benefits the business, or at the very least does not cause it harm in some way.

In large corporations with many individual shareholders, a board of directors typically brings in a management team to run it, but then has very little to do with the intricacies of managing the company, leaving it largely up to the managers and only being updated periodically, such as at half-yearly reporting times.

Whilst these managers still need to perform to a minimum level which does not provoke the board of directors to replace them with somebody else, they do have much more leeway and flexibility to pursue more personal goals.

For example, although it may need to be approved by the board, managers will often have the authority to modify their remuneration packages, either in good times or bad. During times of lower profits or even losses, managers will be reluctant to take lower salaries which would actually benefit the business; a prime example in recent years being banks who have increased the salaries of many managers despite making horrendous losses.

Some managers will simply have the objective of power as their driving ambition. They like to feel that they are in charge of many people, and so they will hire new staff and retain existing employees, even when it would be in the best interests of the business to actually reduce the headcount and the costs associated with employing so many people.

Personal objectives for some managers can even include things like having the biggest office, or a reserved space in the car park.

The pursuit of such personal objectives can either directly cause problems for the business, or can take up manager’s time and distract them from more pressing matters.

Whatever their personal objectives or their reliance on the company not only surviving but flourishing, at the end of the day managers are there to do a job. Their specific tasks and objectives will depend on many factors such as the overall goals of the organisation and its particular industry, but it is likely that their role will encompass some or all of the following managerial objectives:

A growing business will almost certainly benefit all managers, whether owner or employed. Not only is it rare for someone to lose their job in a growing business (more people are likely to be needed, not less, which means greater job security), but a growing business will usually be indicative of higher profits (unless the growth has been fuelled by debt or equity raises), which will generally mean more money, power, and other good things for managers and employees alike at the company (e.g. an upgrade to the on-site facilities).

Most people could make a business succeed with an abundance of resources, but such a luxury is extremely rare in the business world, and so one objective of management is to get the best out of existing resources, both monetary and personnel. There are many different methods and approaches which can be utilised to increase productivity, such as the use of targeted incentive schemes, engaging employees in coaching and mentoring sessions, changing the workplace layout, providing a more reliable delivery of raw materials to the factory floor… the list is practically endless.

Whether this relates to risks regarding the future performance of the business like changes to consumer spending habits, or risks to the safety and well-being of employees, the result is the same; all risk needs to be reduced to as low a level as is practically possible, and should be a key objective for all managers.

Future performance risks can be mitigated in a number of ways such as conducting market research to identify new trends or changes to existing ones, reducing costs so that the business is better able to withstand temporary downturns, diversifying product lines to not be so reliant upon a small number of products etc.

As far as workplace health and safety is concerned, accidents can have serious repercussions for both the company and, of course, the person or persons involved in the incident. Not only can companies be fined (and managers imprisoned in extreme health and safety breaches), but the costs of long-term sick pay as well as recruitment costs which will be incurred if temporary workers were need to be brought in to provide cover for those absent through illness or injury can all add up to cause serious damage to the company, not to mention the negative impact on its brand image if it is a story which gets out into the media. Many companies have eventually gone under as a consequence of workplace accidents, which is just one compelling reason why health and safety training is so important, and why safety should always be at the forefront of management’s minds as they promote the workplace culture to employees.

Although two distinctly different things, they are in many cases intertwined in creating a happy and productive place in which to work. If either of the two are poor, productivity will decline rapidly. In extreme cases it can cause a downward spiral of decreasing profits (or increased losses) which lead to poorer discipline and morale, until ultimately the company ceases to trade.

Whilst managers need to ensure that workers are happy, they also need to make it clear that it is a place of work and that employees are there to do a job to the maximum of their potential abilities. Workplace discipline is a fine balancing act between not creating a draconian environment into which workers dread to venture, and one in which anything goes and very little work gets produced.

This goes hand in hand with employee morale. Happy workers are more motivated and are more productive than those who are fed up and really do not wish to be there anymore, but employees who are rewarded too much can actually be spoilt, get complacent and sometimes start to take liberties which reduces their productivity and contribution to the business.

Achieving somewhere close to the sweet spot for discipline and morale levels within an organisation is a constantly moving challenge for managers and an extremely difficult objective to achieve, especially for a consistent length of time. It is one area of expertise which separates bad managers from the good ones. Management training courses and continuous learning will assist enormously, but is often something which takes time and experience to get anywhere close to mastering.

Management objectives can sometimes be different to what the public or indeed the owners of a business expect them to be. The four objectives described above are the primary ones which the vast majority of managers will aspire to achieve, but there are many others, and each one can be further drilled down into other related secondary objectives.

The industry, business type, ownership, organisational structure etc will all have an effect on the objectives which managers consider important and prioritise. In all cases though, managers need to be accountable to the owners (if they are not also the owners themselves of course), and ensure that whatever they do is for the good of the business.