The Dangers of Not Foreseeing Problems 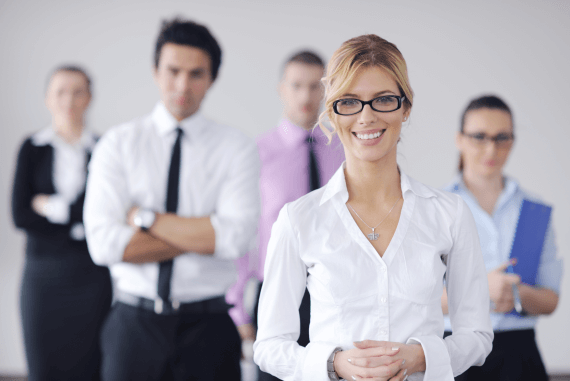 Managers have many different tasks and objectives, one of which is to identify future consumer trends, changes to the marketplace, and any new opportunities which could be advantageous to the company, particularly if it can benefit from first mover advantage.

Being reactive rather than proactive could leave a business without enough time to make changes to survive, let alone prosper, in an altered trading environment. By foreseeing potential problems well before they arise, a company can avoid them - and the negative consequences they can bring about – from becoming a reality. At the very least, the forward planning should enable contingency and emergency plans to be drawn up which can mitigate the impact.

Managers who do not anticipate or plan for the future can quickly find themselves in charge of a business which soon begins to struggle and, in severe cases, risks closure and/or the loss of their own job.

Why is Embracing New Opportunities So Important?

Not only should managers and leaders aim to predict issues before they come to fruition, but finding new opportunities can be extremely lucrative for the company. It could be also for the manager who identifies it/them, as they may be rewarded personally with a pay rise or promotion to a more senior managerial position.

It is rare for a company which has been in business for many years to be doing or selling the exact same things as they were when they first started trading. As consumer tastes change, as new regulations come into force, or as new international markets open up (or become closed off), a business must adapt in order to accommodate the needs and requirements of those who will buy their products or services. A failure to adapt will quickly see them spend their money with a competitor who is better able to accommodate their needs.

Do New Managers Struggle More With Change Than Experienced Ones?

An experienced manager is likely to have been in situations before, a number of times in all likelihood, which has required them to make a significant change. They will have encountered the feelings of nervousness and trepidation that comes with making big decisions, and the potential unknown risks which may exist.

For this reason, they are generally less likely to struggle with change than a new first line manager who does not have this experience. A new or junior manager is also less likely to be required to make decisions which can affect the future prospects of the whole company; although this is all relative as they may still worry about the impact their decisions have on their small team or department just as much (and sometimes more) than a senior manager who has to make big decisions but has lived through it all before in their managerial career.

An Example of the Need to Embrace Change To Avoid Problems

One of the biggest factors to impact retailers is the creation and growth of internet shopping. Whereas once a person needed to go into town and buy their goods from a local store, they can now purchase an item anywhere on the world without ever leaving the comfort of their own home.

Managers and directors of companies who realised early on what was happening were able to develop their websites and online sales to take advantage of this changing consumer behaviour. Plus, there are many internet-only retailers who have been extraordinarily successful by just selling items online and not having any physical stores on the high street.

Unfortunately those who failed to see the paradigm shift in buying habits emerging, and indeed those who still battle on and continue to under-utilise the potential of online sales, have fared badly. Profits have fallen, and there are many cases of large corporations - some of which had been around for decades - going out of business altogether.

An Example of How New Opportunities Can Be Good

The example above showed the negative consequences that can occur by managers not identifying opportunities and embracing change. But change does also not need to be embraced just to avoid something bad happening. A company may be doing perfectly well jogging along as it is, maybe making a nice healthy profit, but new opportunities may allow it to make significantly more money. This keeps the owners happy, as well as providing a greater financial cushion for the company were it to one day run into difficulties such as a severe economic downturn or perhaps a scandal which badly harms its reputation and image for a long time.

One illustration of a potential opportunity is the opening up of the Chinese market in the 1970s. Once very difficult for foreign countries to do business with, in the later stages of the 20th century international businesses now found themselves with access not only to millions of potential customers, but also ones who have begun to enjoy increasing disposable income to spend.

Whilst companies may have been doing perfectly fine concentrating on their domestic or other international markets, they will lose out on sizeable profits by ignoring China completely.

Why are Some Managers Reluctant to Change?

Although there is undoubtedly a need for managers to identify and embrace new opportunities, many will find themselves to be reluctant or completely opposed to making changes.

Change can be difficult for managers and employees within an organisation for a number of different reasons:


Fear of the Unknown

One is that human beings tend to be naturally fearful of the unknown. It is a basic survival instinct intended to keep us away from harm and taking risks. Whilst this obviously has its benefits, it does mean however that managers are afraid of making a change which will take the company in a different direction.

This is perfectly understandable, as there is inevitably the chance of the change being a failure. Depending upon the individual circumstances and the scale of the change, the end result could be calamitous.

It can be hard enough for a manager to make changes when the business is struggling, but it is particularly difficult to embrace change and new opportunities when the business is doing fine, but could in fact do a lot better. Using the earlier example, a company could make enormous profits by expanding into China. But it could also make poor decisions during the process which causes it to lose a lot of money and damage the business.

Changing Tactics Can Be Seen as Admitting to a Mistake

Managers may be reluctant to change from one course or tactic to another in case it is seen by others as an admission that their previous decision was the incorrect one. It may well have been, but continuing down the same route when it is wrong, just to save face, can be disastrous.

Being unable to admit an error or looking to blame someone else instead is a common human trait, and is a reason why many people who buy shares which then go down in price hang on in blind hope rather than admitting they got their research wrong and cutting their losses before things go too far. The same is true for managers; if they say now that they want to make a change, it can imply that the decision they reached before after thinking about the situation was not the right one.

Sometimes though things just change, and a new opportunity may present itself which means whatever went on beforehand needs to be either scrapped or significantly altered if it is for the greater good of the company. It doesn’t mean it was wrong, or that the manager was wrong, if it was the correct decision at the time before this new opportunity came along.

Another reason why many managers are reluctant to make changes is because they do not feel they know enough about a subject to make such an impactful decision. Going back to the China example again, if a manager or management team do not fully understand the potential benefits, the fear of the unknown instinct kicks in again and they err on the side of caution and pass up the opportunity.

To overcome this, more extensive research and knowledge gathering should be performed so that managers have all of the facts, which then enables them to make a clear and informed decision.

There can be many reasons for managers failing or being reluctant to embrace new opportunities. Dealing with change is one of the main topics we see during our coaching sessions with executives and senior managers, primarily because of the reasons listed above, and the potential consequences of getting big decisions wrong regarding changes in direction.

Accredited management qualifications such as the ILM Level 3 Award in Leadership and Management will help with change management, as the syllabus includes elements like evaluating your options, having the confidence to commit to a decision and implementing a plan.

However difficult it may be, change is inevitable, and only by accepting and embracing it can the company be a success. Even though it can be disruptive, not all change is bad, and what may even have started out as a crisis can eventually turn into a new opportunity for a business to flourish.