Money as a Motivator

Is Money the Most Important Factor for Employee Motivation? 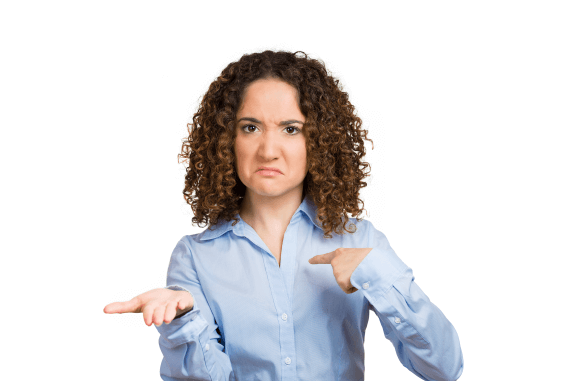 The debate over whether money and pay is the greatest method of motivating employees in a business to work harder has been raging for many years, and is likely to go on for many more years as no definitive answer can be found.

The issue of motivation (or lack of it) is of vital importance to a manger/owner, as a motivated workplace can be the difference between a company prospering or going out of business.

This is the reason why motivation is given such importance when it comes to training courses and business coaching, as it plays such a crucial part in shaping how the business fares in the coming months and years.

There is no denying that, for the vast majority of people, money is a powerful motivator and is in fact not only the most important, but is often the only thing many employees will think about and respond to when a manager tries to motivate their team. They believe that employees only work in order to be financially rewarded and that other incentive methods will have a limited effect, if indeed any at all.

There are many other people though who do no not believe that money is the sole reason for people turning up to work. Whilst acknowledging its importance, they claim that there are in fact many other needs and requirements that workers have, and so a variety of non-financial rewards and incentives can be utilised to increase their motivation and performance in the workplace.


Which Managers are More Likely to Provide Business Coaching?

Those managers who do not subscribe to the theory that money and pay is the be all and end all when it comes to motivation are usually much more likely to provide business coaching to their employees. Not only can business coaching help to better understand and identify what makes that individual motivated (or causes a lack of motivation), but can also be used as a starting point from which to address the issues that are limiting levels of motivation for them.

Determining the root causes of a lack of motivation, and then setting in motion effective remedial action to address them, will prove to be a far more cost-effective and sustainable solution than simply chucking more and more money at someone.

The debate regarding the effectiveness of money in motivating an individual to perform to a high standard in the workplace has been ongoing for many years, with no definitive conclusion likely to be made anytime soon. Money can be a significant factor in a person being attracted to the job in the first place, as well as a major reason for them wanting to stay. It is important that those managers who wish to provide business coaching to their employees have a thorough understanding of what motivates their various workers according to their differing personalities and characteristics, so that they know what will be effective in motivating and incentivising them to increase their performance in the workplace.


Factors Aside From Money Have Big Impacts Upon Employees

Whilst money and a high salary is likely to be one of the top considerations for a person when they are applying for a new position, it will often be the case that it is overtaken by other workplace factors when it comes to job retention and the person staying in the job role, rather than seeking alternative employment elsewhere. Issues such as working conditions, recognition, job diversity (not repetitive, day after day tasks), prospect of promotion, level of responsibility, attitude of management and fellow colleagues, and many more can all play a part in affecting the decision of a worker to stay in their job. Successfully satisfying the non-financial criteria will usually dissuade employees requiring higher salaries to compensate them for putting up with any undesirable conditions which they are forced to endure.

Whilst there is much argument over whether money and financial rewards are the be all and end all when it comes to motivating employees to perform to a higher standard at work (see section "Money as a Motivator" above), there are many scholars and managers who believe that job satisfaction relies on more than just money. Whilst acknowledging that it is nearly always an important consideration - often being the most important consideration in the majority of people - many strongly insist that other factors need to be present in order for an employee to be highly motivated at work such as job security, feeling that their employer cares about their safety, chance of promotion and advancement etc, and that chucking more and more money in their direction may not always be the solution.


Other Factors Contributing to Employee Happiness

For example there will be some jobs and working conditions in which a manager could not pay a person enough to make them want to stay in the role any longer or do it in the first place. The current or potential employee will require certain provisions such as decent working hours, the presence of suitable health and safety equipment, interesting mix of tasks etc to stick with the job, otherwise they may decide no amount of money is satisfactory for putting up with such conditions. As far as a company is concerned, they will need to pay higher and higher wages in order to compensate for the poor working conditions, which will greatly increase costs and lower profit levels.


The Best Managers Determine What Motivates Each Individual

As not every employee will be motivated purely by money, managers need to determine and attempt to satisfy the non-financial desires that their workers have. This can be done by getting to know them through discussion, business coaching meetings or team building days to determine what makes them tick and what will motivate them to achieve more at work which will benefit the organisation.