Tell Employees the State of the Business When Coaching

Honesty Will Often Bring About the Best Results

Many managers will be apprehensive about telling employees too much concerning the state of the business, particularly if it is not doing so well. However, it can be argued that when a business is not performing as well as management would like it to, then it is even more important for managers to get the best out of their workers, which is the ultimate aim of business coaching.


Your Employees are Probably Not Working at Top Speed 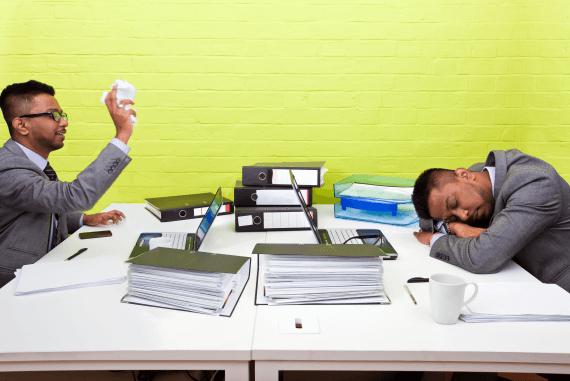 Employees can and do work at very different speeds. They can range from full-on, flat out, unable to physically and mentally give anymore… right through to working to rule and only doing the absolute bare minimum to avoid getting fired. Of course, they can dip below this and actually end up being fired, but assuming that they want to continue working there, they will just do the bare minimum.

This range of effort is therefore extremely wide. Management obviously want their staff members to be working at the "maximum effort" end of the spectrum. They may have the attitude that as they are paying them money to work, then they should naturally be giving it their all. Unfortunately this will not usually be the case.

Employees will typically settle into a "comfortable" pattern of working, usually somewhere in the middle of the range mentioned above. It will be quite a way from the bare minimum required, but there will probably be a lot of headroom in terms of extra effort they could give if they put their mind to it.

As already mentioned, managers will probably believe that employees should already be giving it all they’ve got. The reality, however, is that in order to take them from "good" to "exceptional", something further needs to be done. Often this will take the form of incentive schemes, business coaching, or (most likely) a combination of the two.

Incentive schemes are rewards offered for reaching certain targets or objectives. They are intended as a short-term inducement to encourage and spur workers into action, with the aim of getting them to perform at a higher level.

An example would be a financial bonus for producing a particular number of units. If the target is missed, the reward is not given, so employees are incentivised and motivated to work hard so that the goal is achieved.

The above example also highlights the frustration of management. They will think that employees should be giving maximum effort anyway, producing the most units as is humanly possible, and that an incentive scheme should make no difference as they wouldn’t be able to produce a single unit more as they can’t physically go any faster. Unfortunately in the real world things are not as simple as this, which is why incentive schemes can have such a powerful effect. 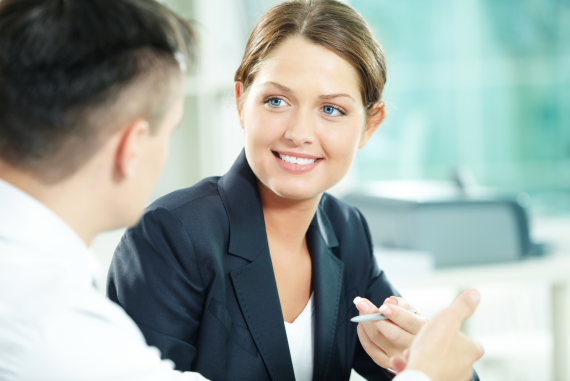 The other method of getting more out of employees is through the provision of business coaching.

Quite often – in fact, much more often than managers think – there are one or more reasons as to why an employee is not producing or achieving more. During the normal course of a working day, a manager will do their thing and employees go about their tasks, and the two rarely interact. Or more specifically, they will interact and talk about the tasks at hand, but there will be little (if any) specific talk about how the employee could contribute more.

A business coaching session will provide a forum for a dedicated discussion about what issues are preventing an individual from reaching their full potential. It comes as a shock to most managers not only how many varied issues there are likely to be, but also how simple some of the solutions can be too. For example, a large number of employees may admit to suffering from low motivation because, although they get paid, they do not feel particularly valued by the company. Simple acts by management such as buying flowers or gift vouchers to recognise achievement can significantly improve productivity and output.

Sometimes such a small act is all that is needed to transform a business, but the underlying issue of employees feeling undervalued would never have come to light if things had just carried on as normal and the business coaching sessions were not introduced.


Setting Goals is a Key Component of Effective Business Coaching

Along with being highly effective in identifying current issues and potential quick remedies, business coaching also plays a key part in the long-term development of an employee. Developing an employee over a long period of time, rather than relying on short-term financial incentives for instance, will eventually create a powerful and effective workforce which rarely needs incentives because they will be so capable and highly self-motivated.

One of the major requirements of this long-term development through business coaching is the use of goals.


Setting Goals with the Employee

As stated in many of our other coaching articles, a significant component of successful business coaching is the setting of attainable goals and targets which are developed with the employee rather than simply issuing them to the person. This means that effective two-way dialogue and discussion needs to take place between the coach and the employee receiving the coaching.


The Need for Realistic and Appropriate Goals

In order for this dialogue to produce goals and targets that will be beneficial to the company and conducive to the achievement of the organisation's own objectives, the employee will need to be provided with an accurate picture of the current state of the business.

This is so that the ideas they generate and the targets they produce are actually achievable given the current resources and capabilities of the company, and also to ensure that they do indeed serve the purpose of advancing the business in the direction it wants to go, rather than just doing tasks which are of little value or relevance. Otherwise the whole process will be rather pointless and a waste of both the manager’s and the employee's valuable time.