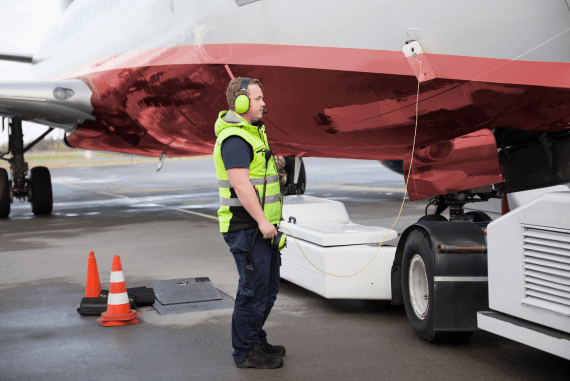 Aircraft noise has been a problem for many decades. Aeroplanes are inherently noisy machines, with the powerful engines and large amounts of thrust needed to power the plane through the air producing a lot of noise.

Unsurprisingly the greatest aircraft noise problem is in and around airports, as this is where the aircraft are nearest to people. Whilst only a few houses are likely to be situated close enough to the airport to hear planes on the ground, many households are situated underneath approach and departure flight paths, and as such are affected by aircraft taking off and landing. These planes are often flying just a couple of hundred feet above their roofs, and will be noisy enough during approach when engines are in low power or idle, but will be extremely loud when close to full power for take offs.

As far as actual danger from aircraft noise is concerned, those most at risk are those who work on the ground within the airport itself.

Increasing populations, internet shopping, a rise in disposable incomes and a significant decline in the price of air travel have all culminated in the need for both more passenger and more freight flights to be scheduled. This increase in demand has resulted in a greater requirement for capacity as many airports struggle to accept any more arrivals or departures on their runway(s).

Consequently, many airports are seeking permission to construct additional runways to enable more flights, but this nearly always meets with strong opposition from local residents and environmental campaigners concerned about the noise from even more aircraft flying over their heads.

Along with noise, there will also be a significant impact upon the environment in terms of the destruction of habitat for the construction of the new runway and the likely larger terminal buildings which will inevitably be required, and also the increased negative effects upon wildlife from more noisy planes.

Don't People Choose To Live There?

Most large airports have been present on the site for many decades; usually for far longer than the people living there have been. This leads many to wonder how residents can complain about noise when they have chosen to live near an airport.

This argument is not always as straightforward though, as the construction of new runways or new tall buildings in the vicinity can lead to a change in approach and departure flight paths which would mean towns and villages that were not previously affected by aircraft noise suddenly find themselves with planes flying right over their once peaceful roofs. Runway extensions also enable larger aircraft to take off and land at the airport, which can bring louder aircraft than residents are used to.

Other Environmental And Health And Safety Issues Associated With Aircraft

Even with advancements in technology to make aircraft cleaner and more environmentally-friendly, they still create pollution as fuel is burnt and exhaust gases produced. This pollution not only affects the environment but also has health and safety implications for people too as the exhaust gases contribute to problems such as global warming.

With busier airspace comes a greater potential for accidents and collisions, which means everybody associated with the airport from air traffic controllers to on-site emergency response teams will require training to perform at a higher level to cope with the demands of a busier airport. 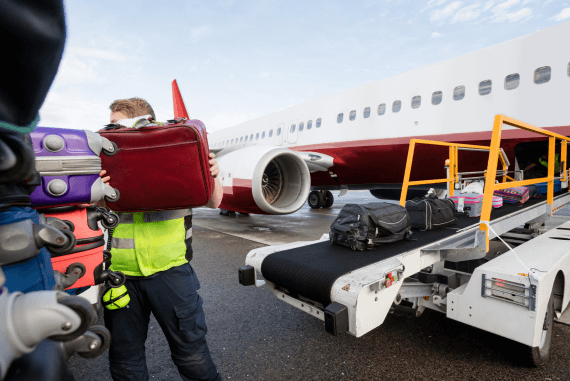 Although they may be loud when they fly overhead, the noise is unlikely to cause any more than an annoyance for residents under the flightpath. Whilst the plane might feel unnervingly close as it swoops over the rooftops, it is actually still quite far up in the air. Plus of course, it will be gone in a few seconds.

The group of people who are really at risk from aircraft noise and potential damage to their hearing are those employees who work on the tarmac at an airport. This includes the people guiding the planes into the stands, refuellers, baggage handlers, passenger bus drivers, pushback truck operatives and maintenance personnel.

These people carry out their tasks right next to extremely loud aircraft manoeuvring on the ground at the airport. There is always the possibility of a one off event causing damage to hearing, but the more likely cause of hearing damage for these people is from continual exposure to loud noise over the months and years.

One of the first steps managers take to create a safer working environment is to look at ways in which the hazard can be eliminated. Unfortunately, it is not practical to stop the aircraft moving around, which means certain measures need to be taken in order to protect the hearing of airport workers.

Three factors which can improve the health, safety and well-being of airport workers with regards to noise are:

The most obvious is the provision and use of ear protectors. Whilst they will still be able to hear the aircraft, the level of sound actually entering the ear will be greatly reduced, protecting the ears and hearing of the wearer.

A slight change in the way individuals go about their tasks can also help. For example, can certain groups wait further away until the aircraft has come to a complete stop and powered down rather than waiting nearby whilst it is still moving into position on the stand?

Training will also play a tremendous part in keeping a worker safe from noise, as indeed it will with regards to other potential dangers. Workers can be taught useful information such as: