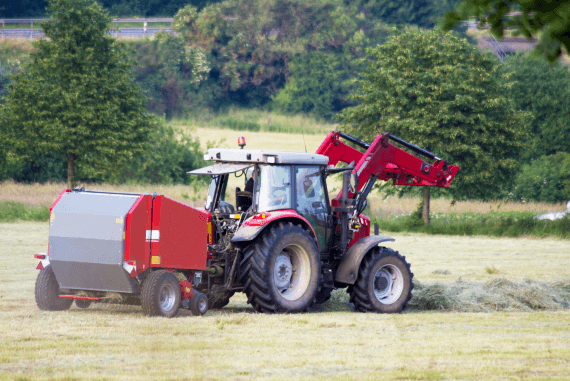 We have seen in other noise articles how people living near to railways lines or under flight paths can be greatly disturbed by the noise from trains and planes respectively, not to mention those residing near busy roads.

Although sometimes they will have chosen to move there, and so cannot be too surprised by such noise being present, for others the noise will only have started since new construction or the altering of flight paths which have turned their once-peaceful dwelling into one which suffers greatly from noise.

This can cause significant distress and anger, which can have a negative impact upon their mental health and well-being, as they struggle to cope with it all and the sense of injustice at their now spoiled peace and quiet.

Another source of noise which can greatly impact those living nearby are farms and other agricultural sites. The range of activities and source of sounds vary tremendously, but some of the most common ones are:

As well as the noise from agricultural machinery working in fields mentioned in point one above, there will often be a requirement for farm vehicles such as tractors to travel through towns and villages along the public roads in order to get from one place to another such as from the farm to a nearby field.

Not only does this create a danger of an impact between the vehicle and a person, particularly a child, but it also will likely create the health and safety risk of mud on the road which can cause cars and other vehicles to skid and lose control. The danger from mud is a topic covered on numerous construction site safety health and safety training courses as it is an important issue for those in the construction, farming and agricultural industries to be aware of in terms of them creating a danger to the health and safety of members of the public.

Although some level of noise will be inevitable and unable to totally eradicate without the complete cessation of activities or complete removal of livestock, there will be a number of measures which farmers and business owners can put into place in order to lessen the level of noise produced, and its subsequent effect upon nearby inhabitants.

These include steps such as using newer and quieter machinery which is well-maintained, keeping noisy livestock in fields that are situated away from houses, and only using machines such as combine harvesters in the middle of the day when most people will be awake and up and about anyway.

Children Will Be More At Risk Than Adults

The ears of young children are particularly sensitive to loud noise, and must be protected. Whilst legislation in most countries will prevent children from being employees on a farm, they may still live on the farm. Being taken for a ride in a noisy tractor, or spending time in a barn helping out with the animals, places them in the same loud environment as the adults. Precautions must be taken to keep children safe on a farm from loud noises which may cause them hearing damage.

Of course, it is not just people living and working nearby who can be adversely affected by noise and sound. A farm is still a place of work for many, which means the potential dangers to their health need to be assessed and minimised just as they would for any other industry or working environment. Whilst for the public nearby the noise may be just a nuisance, for those working on the farm premises this noise could cause serious and irreparable damage to their hearing.

Pig Squeals Can Be Extremely Loud 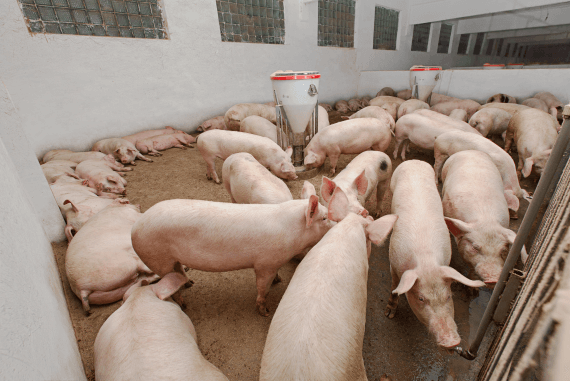 Vehicles such as tractors and other farm machinery are recognisable sources of noise, but what about livestock? It may not be so obvious when thoughts immediately spring to the gently mooing cows or softly bleating sheep… but as anyone who has ever been close to pigs will tell you, their squeals can be extremely loud.

In fact, these can be around the 100db level. Repeated exposure to sound at this level can ultimately result in permanent hearing loss.

Those who work on a pig farm, or any place where pigs are kept, will need to wear suitable ear protection to protect their hearing from both short-term and permanent damage. Noise levels are especially high in barns where the sound will echo, when there are lots of pigs present and when there are protective mothers guarding new piglets.

Other Activities On The Farm

Even though thorough risk assessments should and need to take place in relation to the specific machinery and normal working environment of an employee, it is also important not to forget the supplementary activities that a person may need to undertake in addition to their normal duties. These too may involve noise risks.

For example, a worker may have been thoroughly trained and know in great deal about the risks involved with their cow milking machine, but what if one day they are needed to go out in the field and use a chainsaw on a fallen tree after a storm?

The potentially dangerous noise levels of the chainsaw may not be something they are aware of (not to mention all of the other risks to health associated with chainsaw usage, as it is not a task they would normally be doing as part of their usual work duties.

Those in charge of the farm need to ensure that workers are aware of and well-trained in regards to all of the tasks they are asked to do, as well as providing any Personal Protective Equipment (PPE) which may be necessary.