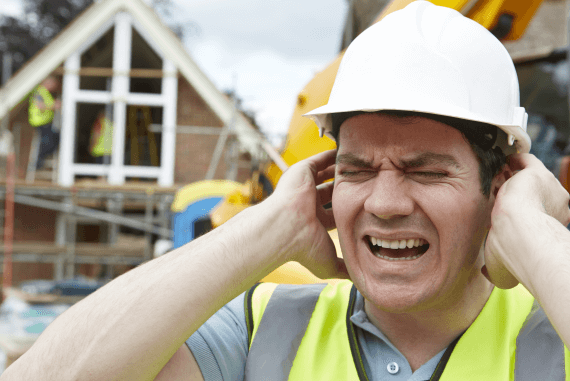 Noise is an issue which has been a nuisance and danger to people's health and safety for as long as people have been on the earth, with many natural events such as volcanic eruptions being loud enough to damage the hearing of anyone who happens to be too close. These natural risks would only have been a danger to a small percentage of the earth's population though, and for anyone that close to a volcanic eruption the effect on their hearing would probably be the least of their worries.

Although people could still cause hearing damage by performing actions such as shouting too close to a person's ear - and this is obviously still the case today - the majority of risks to people's hearing have been created since the invention of machinery and other man-made concoctions like dynamite.

Different machines can create loud noise in a variety of different ways. Examples include:

Noise is not just something which affects a person's health and safety; it also has an impact upon their general happiness as well as the environment in terms of creatures in the surrounding area.

Even when noise isn't a risk to their health and safety, people will still be unhappy about noise when it is a nuisance factor, particularly when it affects them in their home which should be a place for them to relax. Groups most affected include those living near:


In fact, the list is potentially endless and really incorporates any place where noise is produced which is loud enough to cause a disturbance. The closer a person is situated to the source of the noise, the more it will affect them in terms of its disruption.

Aside from being a danger and a disturbance for people, noise issues can have a significant detrimental impact upon local wildlife. Noise can disturb birds and animals trying to rest, as well as increasing anxiety levels when random loud noises occur. Once overlooked, the impact of noise upon creatures is now given far more consideration.

Environmental legislation, greater awareness and the launch of new environmental education and training courses like the NEBOSH Environmental Certificate have made businesses and individuals alike put measures in place to reduce their impact upon the environment, both in terms of noise pollution and other factors which can cause damage to the local and global ecosystem.

Noise assessments are an important component of the overall risk assessment process which company management needs to conduct at regular intervals to safeguard the health and wellbeing of their employees, nearby members of the public and the local environment. By thoroughly assessing the current and potential impact which their operations may have in terms of noise creation, remedial and preventative measures can be put into place before damage is done to any person or any creature. These assessments are necessary in many countries in order to comply with applicable noise environmental policies, regulations and legislation which may be in force.

Places of work where machinery is used can have the potential to be so loud and noisy that they may damage the hearing of those working nearby. Hearing loss is generally caused through prolonged exposure to loud noise rather than a sudden one-off burst, although either can be damaging to a person's hearing, whether in the short-term or in the long-term.

Not only can a loss of hearing be a problem for a person's day-to-day life such as trying to hear the television, but may even place themselves or others at risk if their hearing is so bad that they fail to hear warning shouts, instructions or even alarms and carry on blissfully unaware as action such as evacuating the premises needs to be undertaken.

Although upgrading machinery may result in newer, quieter machinery (e.g. water or gas cooled rather than noisy air fans), this will often not be an option either because of the cost involved for the company, or because the technology simply does not exist yet and noisy machinery is just an inevitable part of the company's particular process. In this case, certain steps can be taken, such as moving workers further away from the machinery, as the intensity of the noise will be lessened the further away a person is from the source. If a person's workstation is located close to the source, can it be moved further away without compromising safety? i.e. do they need to be located close to the machine to press an emergency stop button if required.

If the machinery cannot be altered or replaced, and a worker cannot relocate to a safe position, then personal protective equipment (PPE) will need to be provided such as ear defenders to ensure that workers are not exposed to damaging levels of noise whilst at work.

In order to determine the level of noise risks in your place of work you will need to perform a noise assessment, as the Control of Noise at Work Regulations mean it is a legal requirement for employers to reduce and control the level of noise in a workplace. 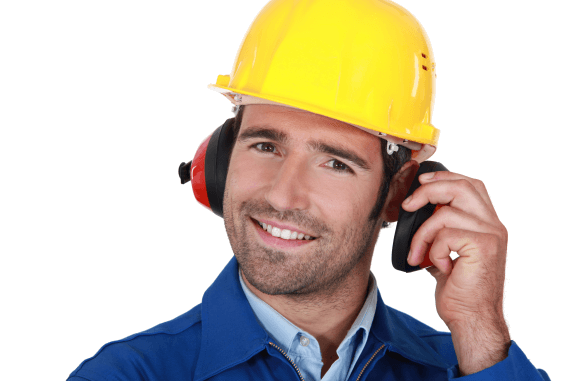 Just as all health and safety risks to employees cannot be entirely eliminated no matter how much health and safety training is provided without closing down and ceasing operations entirely, so too is it the case that all noise which is disturbing local residents and the environment is unlikely to be stopped completely without the same cessation. Whilst different legislation and regulations will be in force depending upon the particular country and legal jurisdiction in which the company's activities are taking place, many will require that managers - like with the matter of heath and safety - take all reasonable steps to mitigate the issue, which in this case will be noise which disturbs people and wildlife. So whilst it is not usually deemed necessary by authorities for the company to cease operations altogether, particularly if they were already given permission to operate, they will expect the company to put into place all reasonable actions to limit/reduce the noise produced.

Even so, some steps and changes to processes will actually eliminate noise entirely, or more likely prevent the sound from escaping from the confines of the building and being a nuisance to people and animal life outside. Although some activities may be able to be substituted for quieter ones, such as replacing traditional saw cutting tools with laser ones, more often than not the noise situation will be remedied by putting into place much more effective sound proofing and noise insulation measures. Whilst this will greatly improve the situation for those outside of the building, it will usually not provide any benefit for those working inside the room itself, and may sometimes even make the situation worse for them by actually increasing the noise levels inside the room.

An important factor in health and safety is that an attempted remedy for a situation does not create or make worse an existing hazard. The knock-on effects of changing one process is something that managers need to be aware of and is one reason as to why risk assessments should be performed on a regular basis as well as when there have been changes to a process or method of working, even in a separate department or area of the company.

Aside from making alterations to processes, other methods of reducing noise levels which disturb those near to the premises include: